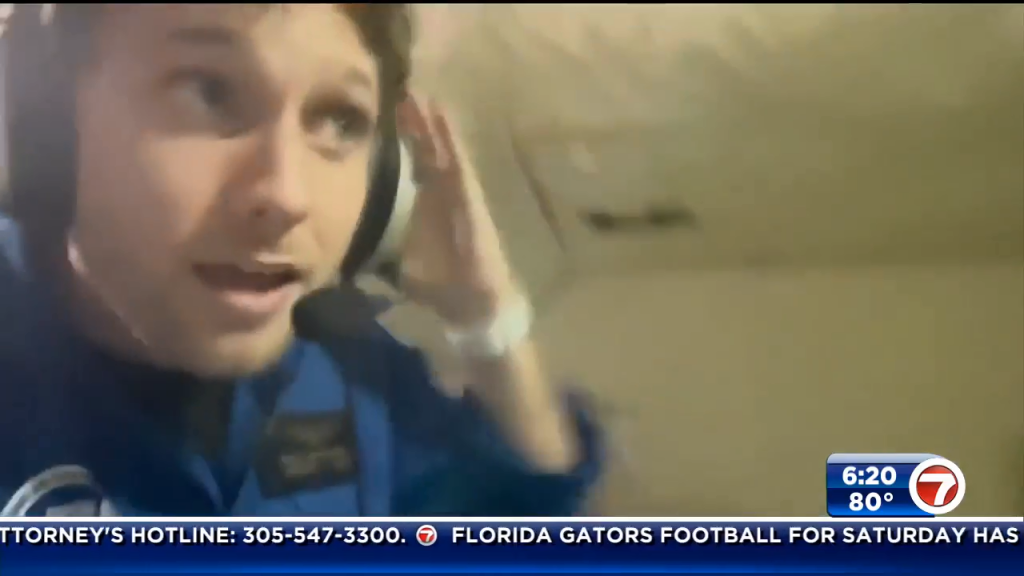 A hurricane hunter who flew into Ian early Wednesday morning stated that it was the toughest trip of his career.

“This was by far the worst of any of them,” he told CNN.

On Wednesday, Underwood posted a video of the flight to Twitter.

The film depicts a group of engineers travelling onboard a National Oceanic and Atmospheric Administration (NOAA) surveillance aircraft named Kermit.

A multitude of precision weather measurement devices are onboard the aircraft. Three additional engineers are depicted in the video.

The squad is depicted nervously chuckling as the turbulence begins, knocking mattresses from the bunkbeds at the plane’s rear.

On the airplane, a colleague’s voice can be heard repeating, “We’re fine.”

The turbulence develops until approximately the two-minute mark, when it gets so severe that Underwood, who is securely fastened to his seat, is thrown off it.

“Ho— ——- !” The footage of Underwood crying was altered for language.

“I’ve been a storm pilot for the past six years. This flight to #Ian on Kermit (#NOAA42) was the worst I’ve ever experienced. I’ve never seen that many lightning strikes in one eye “stated Underwood in a tweet below.

“Yes, my Adidas sneaker flies up next me,” Underwood stated in a tweet.

Underwood told CNN that the turbulence was both “up and down” and “lateral” Underwood described the lateral turbulence as “the most disturbing.”

He informed CNN that it was something else.

The combination of these measures with satellite data and radar photos enables scientists to more accurately estimate how the hurricane will form.

These sturdy aircraft, nicknamed Kermit and Miss Piggy, deploy dropwindsondes as they fly through the storm. The little modules are released from an aircraft’s launch tube.

According to NOAA, these probes can capture vital pressure, temperature, humidity, wind speed, and wind direction data as they parachute into the ocean.

At 5 a.m. EDT, the National Hurricane Center reported that Ian, which has been downgraded to a tropical storm, is moving northwest at 13 mph with maximum sustained winds of 55 mph.

It is forecast to continue to deliver severe gusts, heavy rainfall, and storm surges to Florida, Georgia, and the Carolinas.

Here, you can keep up with the newest hurricane news.

»Flying into Hurricane Ian is seen. Hurricane hunter who’s gone on 76 flights called it the worst«