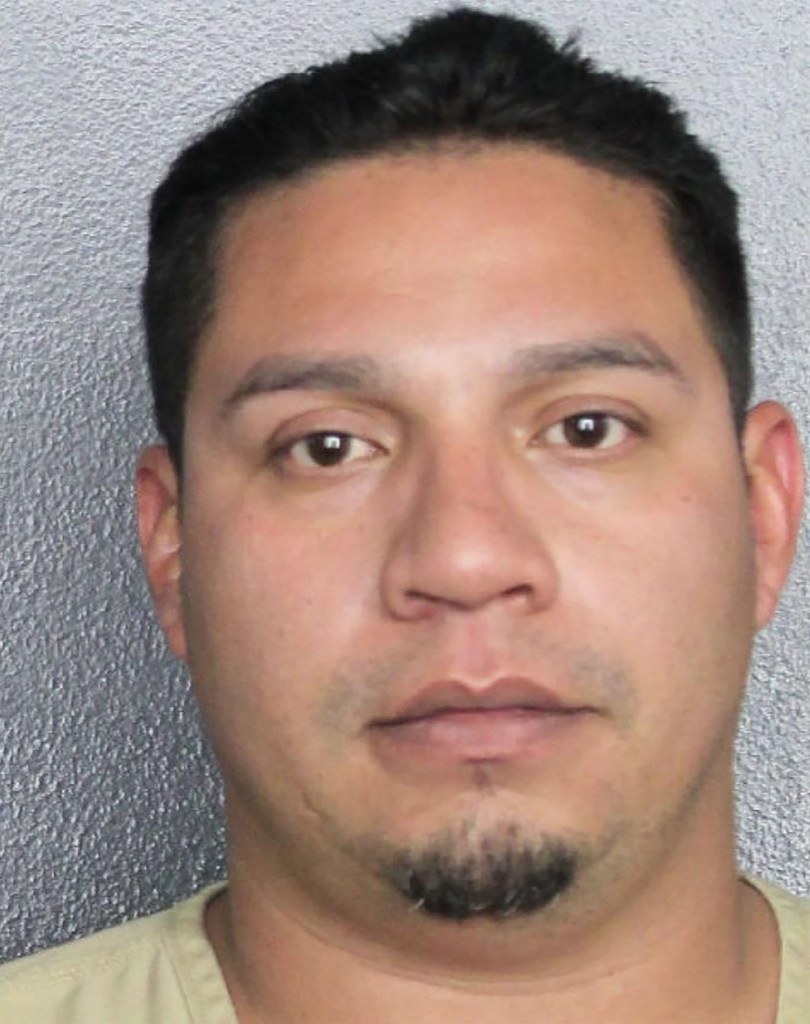 According to investigators, a Florida man repeatedly struck his coworker in the skull with a sledgehammer, leaving him to die in a pool of his own blood.

Bryan Menocal, age 31, was arrested and charged with second-degree murder on Wednesday for the gruesome slaying that occurred at his workplace in Hollywood, Florida.

Local10 said that when police arrived at the headquarters of Wartsila North America, a maritime and energy technology company located in the 2900 block of SW 42nd Avenue, they discovered an employee laying face down on the floor of a fuel room.

Visible head damage was observed on the victim, who was pronounced dead at the site.

He has not been identified publicly as of Thursday.

After his arrest in Florida, sledgehammer murder suspect Bryan Menocal, 31, is featured in his booking shot.

NBC6 stated that Menocal’s colleagues said he admitted to killing the victim after he escaped before police arrived. After the morning staff meeting, witnesses reportedly reported seeing Menocal strolling about with the sledgehammer.

Police located the murder suspect near Deerfield Beach and arrested him.

Menocal is accused of repeatedly beating the victim in the head with a huge sledgehammer, according to an arrest report.

Police officials have not disclosed a motive but have described the murder as “an isolated incident involving two individuals who knew each other and worked together.”

Police discovered the unidentified victim lying face down in a pool of his own blood with evident head damage.
WTVJ

According to his LinkedIn page, Menocal has worked as a diesel technician for Wartsila North America since February 2022.

According to court documents from Broward County, Menocal has a lengthy criminal history dating back a decade, including many felonies for cocaine possession.

»Florida man is accused of killing a coworker with a sledgehammer«