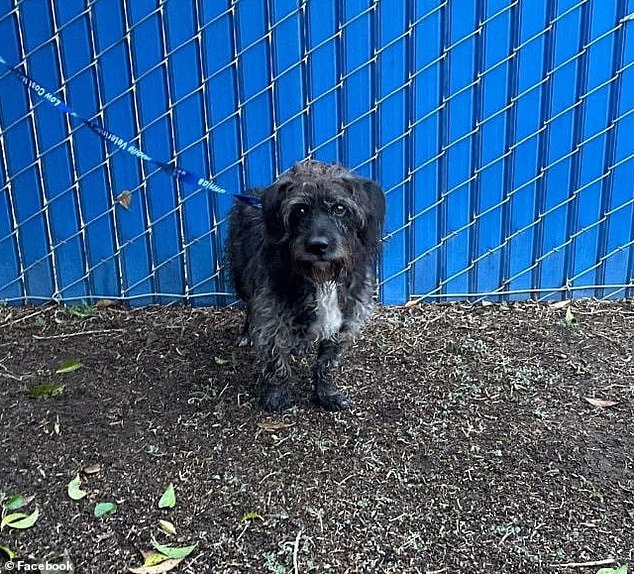 Seven months after their last contact, a Florida man who had misplaced his assistance dog in California had a heartfelt reunion with his dog after fearing the worst.

Thanks to the generosity of individuals who paid for his flight, Dean Hamilton was reunited with his dog Angus on Wednesday at the Sacramento International Airport.

In May, Hamilton, a native of Orlando, Florida, was traveling across California for medical care when he lost contact with “Goosie” in Tulare County. Hamilton said that he never completely gave up hope even as the months went by.

Hamilton said, “It’s a Christmas miracle, this is the nicest thing ever,” after meeting Angus in California.

The dog owner said, “This is my greatest buddy and just…the nicest thing ever.”

Hamilton’s vehicle had broken down on Highway 99, and Goosie fled while the guy was making repairs because she was preoccupied by food trucks.

Hamilton told local media that he spent “every single penny” he had on attempting to remain in the Golden State in pursuit of Angus, even after he had to start sleeping in his vehicle. Hamilton was desperate to locate his pet dog.

The Florida guy told WTSP that he spent two months living out of his vehicle before running out of money and had to return home to take care of his mother.

But even after he got back to his native state, he kept looking for Angus.

In the months that followed, Hamilton contacted NGOs and animal shelters in California to request help in finding the lost puppy.

He kept looking till he received the word that Angus was still alive and prepared to return home.

He admitted to shaking to FOX 35. “I was trembling.”

Local authorities in Clovis, California had tracked Angus down after running his microchip and contacting Hamilton.

Officer Christopher Hernandez, who contacted the Florida dog owner, said that when he takes dogs from the field, he tries to return them as soon as possible. “The chip is a great beneficial item that we utilize,” he said.

Getting Angus and his owner back to Florida was the one problem, however.

Officer Hernandez told FOX 35, “The distance from Florida to here, I’ve never seen a case from our division have one of them.”

Hamilton resorted to a Facebook community for truckers who are seeking for and have discovered missing dogs out of desperation.

The owner of Angus wrote a long article explaining how he had misplaced his pet and was seeking advice on how to get it home.

The father added, “We are asking if anybody is willing to assist us be reunited, by bringing him from the L.A., CA region to the Orlando, FL area as a volunteer or for simply the expense of basic requirements (food, blanket, carrier)?”

Hamilton wrote, “My family is not wealthy, but they are prepared to give all they can to send Angus back east, home in my arms.”

Thankfully, You Will Be Found Dogs proved to be the answer to Hamilton’s prayers and wishes.

Dean received a free travel to California to pick up his cherished dog thanks to the group.

Even Shari Balfore, a You Will Be Found Lost Dogs employee, attended the poignant reunion.

His tail was always wagging. Balfore told FOX 35, “It was like they had never been separated.” It was just touching. Goosie instantly recognized him. Just really emotional.

After the trip returned to Florida, Wild Angels Canine stepped in and provided Hamilton and Angus with a transport home.

WTSP reported that a mother and daughter traveled more than 90 minutes to pick up the guy and his closest buddy from the Orlando airport.

They also had a hand-made sign greeting them home that was a brilliant pink color.

What he is learning from this experience is that he is advising all pet owners to microchip their pets in case anything similar occurs to them.

Get your animals microchipped, said Hamilton. He was abducted, and if I hadn’t known his chip was detected, we wouldn’t be in this situation right now.