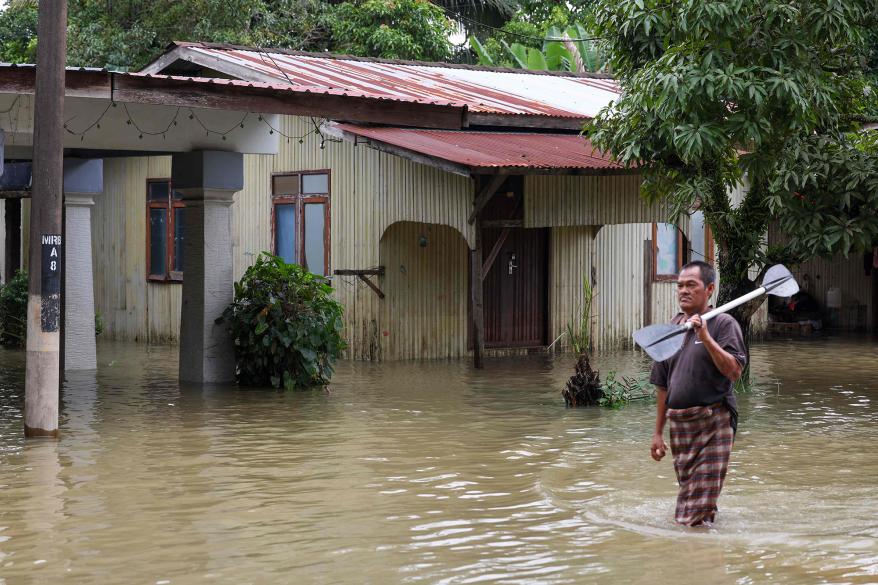 As a result of severe rains, Malaysian cities were overwhelmed with murky water, as evidenced by social media images verified by Reuters on Wednesday. As a result, more than 72,000 people were forced to leave as rain and flooding were expected to continue.

At least two people have died as a result of flooding in five states this week, and authorities have established hundreds of relief shelters to accommodate the growing number of displaced individuals.

As the monsoon season, which runs from October to March, continues, the Department of Irrigation and Drainage (DID) has warned of additional flooding in the coming days. Residents were urged by authorities to leave if feasible.

Rapid urbanization and conversion of forests to towns and industrial agriculture, according to experts, have left even inland regions, including the capital city Kuala Lumpur, more susceptible to major flooding as climate change intensifies rainstorms.

»Floods in Malaysia force tens of thousands to flee«