Skip to content
Home » News » All News » FLOODING OF IDUMAGBO, ENVIRONS WILL BE RESOLVED BEFORE YEAR-END – LASG 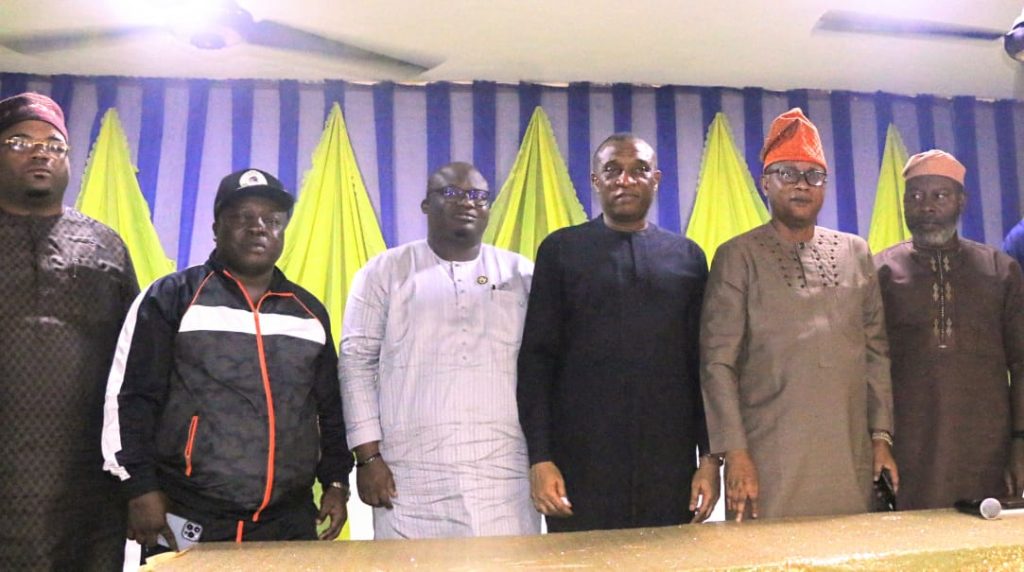 The Lagos State Government at the weekend affirmed that a permanent solution to flooding in Idumagbo, Oroyinyin, Ojo Giwa and environs on Lagos Island would be put in place before the end of the year, stressing that the current upsurge of water at the Ilubirin end is a temporary measure.

The Commissioner for the Environment and Water Resources, Mr. Tunji Bello addressed stakeholders, including the Deputy Speaker of the State House of Assembly, Mr. Wasiu Eshinlokun Sanni, at a meeting held in the Lagos Island Local Government Area, saying the State government will provide a massive pumping station equipped with high-capacity tanks to contain the issue of continuous floods experienced in the area.

He stated that when fully functional, the pumping station will be fitted with three bigger pumps of 3000m cube per minute M3 capacity each with a 400KVA generator to power the equipment, clarifying that whatever quantity of water accumulates within the environment will be drained within an hour. Explaining that the existing temporary measure at Ilubirin end takes a minimum of two days to pump water after every heavy rainfall, Bello disclosed that a basin of about six meters depth will form part of the innovative features that will come on stream at the new pump station. The Commissioner stated that the Ilubirin terrain is responsible for the flooding because it prevents water from draining naturally into the canals.

noting that the natural embarkment constructed by the government is an engineering solution that prevents the lagoon from flowing back into the communities. Citing climate change as a reason for the issues being experienced in Idumagbo and its environs, Bello pointed out that Lagos is projected as one of the sinking cities in the world.

He advised residents of Lagos Island to desist from dumping refuse into drains and canals, urging them to take ownership of the environment by moving against property developers who litter drains with building materials, thus preventing the free flow of water through drains.

Giving an assurance that the problem of non-availability of pipe-borne water on Lagos Island is being tackled, Bello stated that Governor Sanwo-Olu has approved a complete overhaul of the pipe network and machinery in Adiyan, Onikan and Iju Water Works. According to him, when completed, the water supply to Lagos Island and Mainland would be fully restored.

The Commissioner directed LAWMA to collaborate with Lagos Island Local Government on the possibility of allowing PSP operators to discharge refuse generated by tenements at the Transfer Loading Station located at Ebute-Elefun before being trans-loaded to the Ojota dumpsite.

In his address, the Honourable Deputy Speaker, Lagos State House of Assembly, representing Lagos Island 1, Mr. Wasiu Eshinlokun Sanni, appealed to residents to cooperate with the State Government in providing a permanent solution to flooding in the area. Pledging to use his good office to ensure that adequate funds are allocated by the State House of Assembly for the provision of a permanent solution, Eshinlokun affirmed that contracts have already been awarded for the construction of many roads in the area and gave a commitment that the Sanwo-Olu administration will provide dividends of democracy to residents. In the same vein, the Chairman, Lagos Island East Local Government, Mr. Muibi Alabi Folawiyo, expressed the need for regeneration and construction of drainages in Lagos Island to permanently curb flooding in the area. The Chairman also called for commitment and a greater sense of duty from PSP operators in Lagos Island, claiming that their level of service needs an improvement.

Also speaking, the Permanent Secretary, Office of Drainage Services, Engr. Olalekan Shodeinde, who was represented by the Director of Drainage Enforcement and Compliance, Engr. Mahmood Adegbite, advised the residents to form a committee to liaise and meet with the officials of the Ministry of the Environment and Water Resources once a month and feed the community back. He envisaged that the committee would provide first-hand information to the government when developers build on drainage alignments and homeowners channel their soak-away into drainages.

Also in his remarks, the Managing Director, Lagos Waste Management Authority, Mr. Ibrahim Odumboni, said LAWMA is ready to provide a dumpsite for PSP operators on the Island to deliver only waste generated by residents and not commercial entities at the Transfer Loading Station at Ebute Elefun before being trans-loaded to Ojota Dumpsite. He said PSP operators are working tirelessly in Lagos Island, stressing that 150 tonnes of waste are generated in the area daily, which amounts to 15 trucks. The audience at the forum included leaders of Community Development Committees (CDCs), Community Development Associations (CDAS), market men and women.