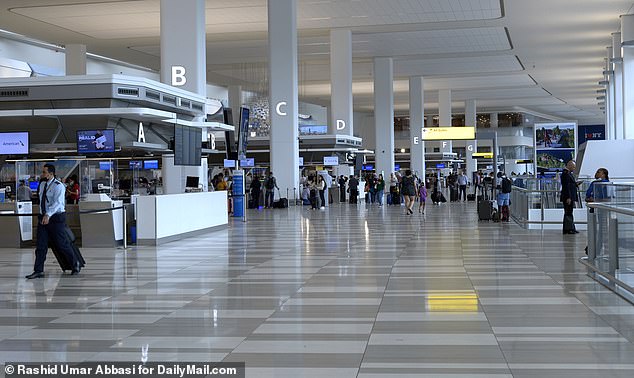 According to recent statistics, LaGuardia and Newark Liberty are America’s worst airports for flight cancellations.

According to data provided by Forbes Advisor from FlightAware, there were roughly 2,000 aircraft cancellations this week at 10 airports.

More flights have been cancelled by July of this year than in the all of 2021, according to the magazine.

At LaGuardia airport, 11.5% of flights were cancelled this week, while 10.2% of aircraft at Newark were grounded.

It happens at a time when airports are overflowing with happy visitors who are returning to the skies for vacations in the sun after more than two years of coronavirus restrictions—and are unable to keep up with demand.

American passengers travelling to Europe are being advised that there may be issues with their trips due to the disruption and instability that is hitting airports throughout the globe.

In the meanwhile, 457 out of the 3,320 weekly flights at Chicago O’Hare International were canceled—a 6.5% increase.

Equally, 109 of the 1,979 flights at both Baltimore and Washington International airports were cancelled, or 5.5%.

43 out of the 820 scheduled flights at John Glenn Columbus International Airport were cancelled, or 5.2% of them.

47 out of 934 flights at Pittsburgh International were cancelled, or 5%.

Additionally, Cleveland-Hopkins International halted 40 of its 796 flights, or 5% of its total.

The statistics also showed that almost half of all planes departing from Chicago Midway International had delays upon arrival.

Out of 1,855 planned flights, 796 flights at Chicago Midway International were delayed—nearly 47%.

Additionally, 40% of arrivals in Baltimore and Washington, respectively, were late.

According to the FlightAware statistics, an aircraft is considered to have an arrival delay when it arrives 15 minutes or more later than expected. The origin airport is to blame for the delay.

The second-most delayed airports were those in Baltimore and Washington, with 749 out of 1,979 planned flights, or 40.1%, being delayed.

Orlando International, which ranked tenth on the list, had the fewest delays last week—602 out of 3,253 planned flights, or 29.7 percent.