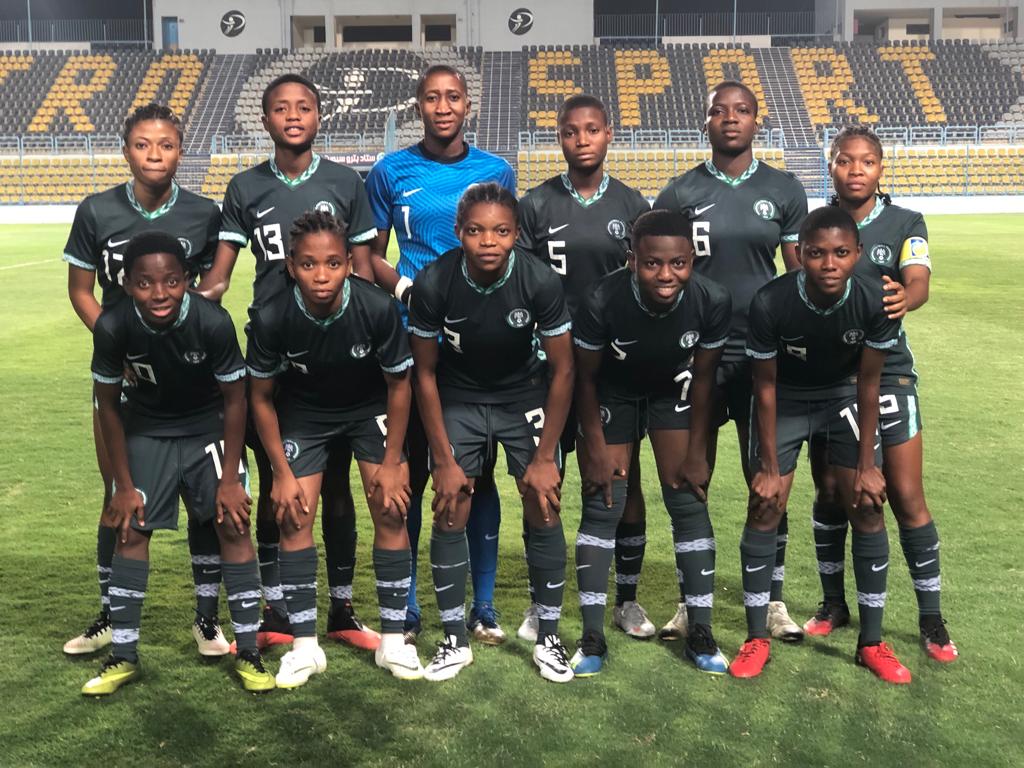 Nigeria’s U17 women’s football team, the Flamingos, must overcome its Ethiopian counterparts to earn a ticket to this year’s FIFA U17 Women’s World Cup finals taking place at India in October.

Nigeria’s Women’s U17 football team, the Flamingos, during match against Egypt at the Petrosports Stadium in Cairo.Ethiopia defeated South Africa’s U17 girls 3-0 away in Johannesburg in the first leg of their third round clash, only to lose 0-1 to the South Africans in Addis Ababa on Saturday. The Ethiopians had edged Uganda on the away goal rule in the second round, with aggregate scoreline stalemated at 3-3.

Not only are the Flamingos, who have played in every edition of the FIFA U17 Women’s World Cup bar one, undefeated in this qualifying series, they are yet to concede a goal. They hammered Democratic Republic of Congo 3-0 in Kinshasa and 5-0 in Benin City, for an 8-0 aggregate scoreline, before sending the Egyptians packing.

Read more: Nigeria’s Flamingos Arrive Cairo Ahead of Egypt Clash
Ajakaiye is top scorer with five goals, having scored in each of Nigeria’s four matches (with a brace against the Congolese in Benin City).

The first leg of the Nigeria/Ethiopia final round fixture will hold on 21st May, with the second leg taking place two weeks later.