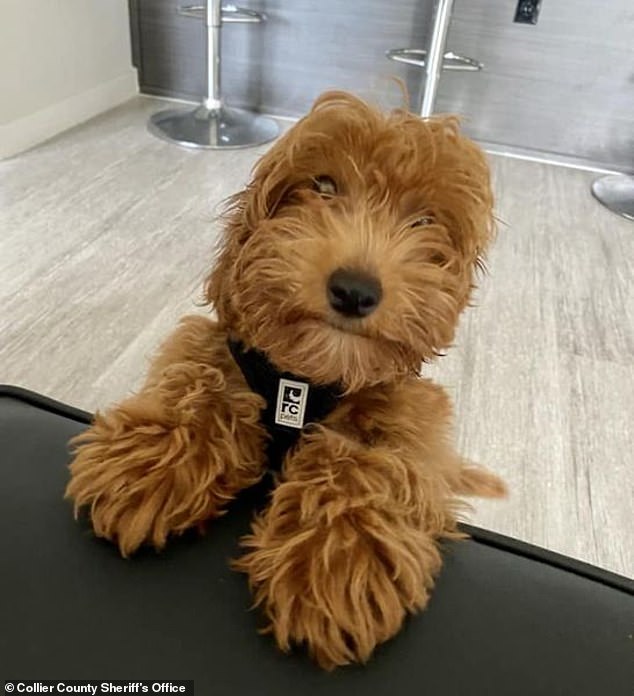 The Florida man accused of killing his 5-month-old Goldendoodle puppy, “Buzz Lightyear,” by hitting him has a trial date set.

On July 17, a jury will hear testimony from Robert “Bobby” William Garon, 23, who is accused of committing “one of the worst examples of animal mistreatment” that a local law enforcement organization has ever seen.

In disarray and unable to walk or raise up his head, Garon took the puppy to the Emergency Pet Hospital of Collier County in July.

Garon, who was unable to explain the dog’s injuries when he brought Lightyear to the emergency vet, maintains his innocence and has experienced severe repercussions as a result of the controversy, including the loss of his employment.

Garon, who entered a not guilty plea on November 14, was detained in August and is accused of cruelly inflicting the death, pain, or suffering of an animal.

The Collier County Humane Society conducted a necropsy on the animal, and the results revealed that the body of Lightyear had suffered serious harm before he passed away.

On July 29, Lightyear was taken by Garon and his fiancée to the Emergency Pet Hospital in the Florida county due to serious wounds sustained in an unspecified event.

The animal was given medical care, but he subsequently passed away from his wounds.

Sheriff Kevin Rambosk reportedly claimed, “This is one of the worst examples of animal maltreatment we’ve witnessed,” in August. A death like that should never be endured by an animal.

At the Humane Society of Naples, veterinarian Dr. John Morton conducted a necropsy on the dog, which showed the severity of the injuries.

According to the Collier County Sheriff, a vet check found suspected brain injuries, bruises to the right ear and lip, as well as muscle injury all throughout the body.

This dog died from non-accidental blunt force injuries to the head and body, which was followed by internal bleeding. The necropsy report said, “I feel he suffered greatly from his injuries before passing away.”

According to reports, Garon and his fiancée both lost their jobs as a result of the animal’s death.

The man’s mother, Suzanne Garon, also disclosed to neighborhood media that the event has resulted in threats of violence against their family.

The Collier County Sheriff’s Office has looked into threats, according to Michelle Batten, a spokesman for the agency, who talked to the Naples News.

According to investigators, Garon was responsible for Lightyear’s injuries, which ultimately caused his death.

A witness informed law enforcement that they heard Garon hitting the animal on the night of July 29 but was unable to explain the situation to the medical experts.

Due of the alleged maltreatment, hospital workers alerted the Department of Animal Services.

The Department of Animal Services subsequently got in touch with the Collier County Sheriff’s Office.

After being notified by Collier County Domestic Animal Services about a possible instance of abuse involving the dog, CCSO formally launched a death investigation on August 2.

While Lightyear remained at home with his roommates, Suzanne alleges Garon went out that night and was unaware of what had transpired.

The two who actually provided testimonies to the police, together with two extra persons, were at the apartment when he returned home a few hours later, according to Suzanne, who spoke to local media.

When the man departed and returned with his girlfriend, the dog, according to the man’s mother, was in excruciating pain.

They were unaware of what occurred, as I had said, Suzanne Garon claimed. Bobby wasn’t in.