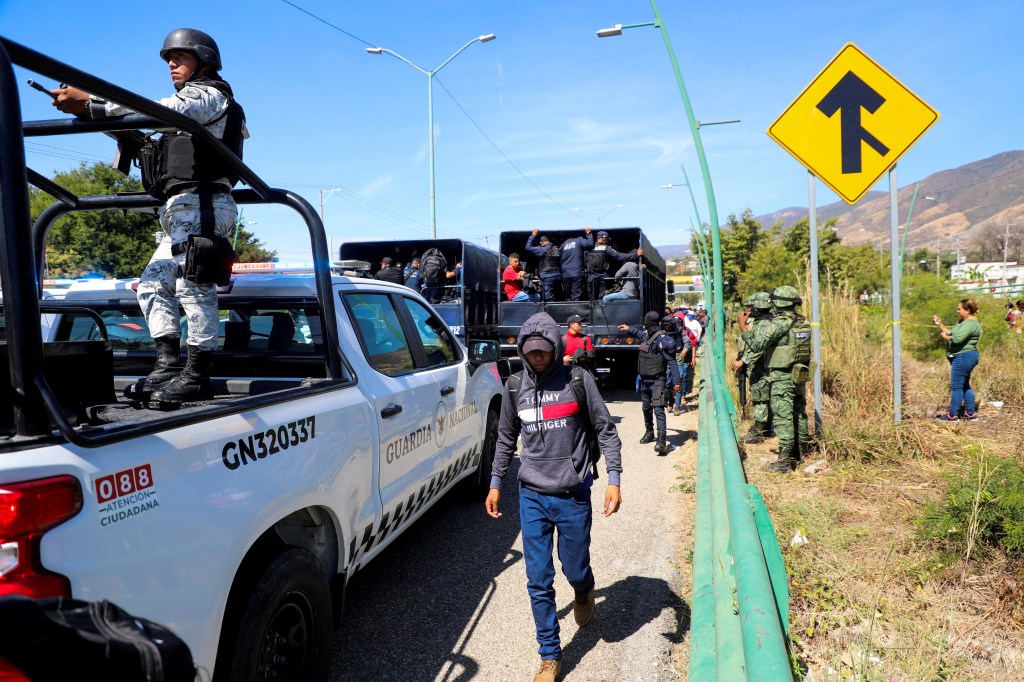 This month, the Biden administration announced that it would expand the use of the so-called CBP One app to permit asylum seekers to enter their personal information as a pre-screening step for a U.S. asylum appointment.

Giovanny Castellanos, another Venezuelan who has waited at the Mexican border for months in order to enter the United States, reported that he received an appointment swiftly.

Castellanos, who was in line to enter Laredo, Texas from Nuevo Laredo, Mexico, advised migrants to use the app instead of taking risks to cross the border.

At a roadblock in Chiapa de Corzo, Chiapas state, Mexico on January 18, 2023, Mexican authorities watch as migrants disembark from a tractor-trailer where they were transported en route to the United States.

Since it was activated for pre-screening last week, the app has been in such high demand that it informs applicants that all available appointments have been filled, according to Mexican officials and a dozen migrants, some of whom provided Reuters with phone screenshots.

To receive an appointment in the United States, travellers must first travel to a border crossing location in Mexico as determined by the app. According to a number of migrants who spoke with Reuters, the app only offered appointments in distant locations.

Jose Huerta, a Venezuelan immigrant in Ciudad Juarez, told Reuters that the app said he could cross for his appointment from Tijuana, a city approximately 1,200 kilometers west of San Diego.

On January 18, 2023, migrants board a vehicle of the Mexican Institute of Migration (INM) after being identified at a checkpoint in Chiapa de Corzo, Chiapas, Mexico.

“I have no money, so I must walk,” he remarked.

Some migrant support groups want the United States to provide more appointments to asylum-seekers in order to lessen hazards associated with travel between border cities.

“They must increase the number of daily appointments,” said Enrique Lucero, director of migration affairs in Tijuana. “We are confident that this will occur.”

Customs and Border Protection did not immediately respond to Reuters’ requests for comment on the app.