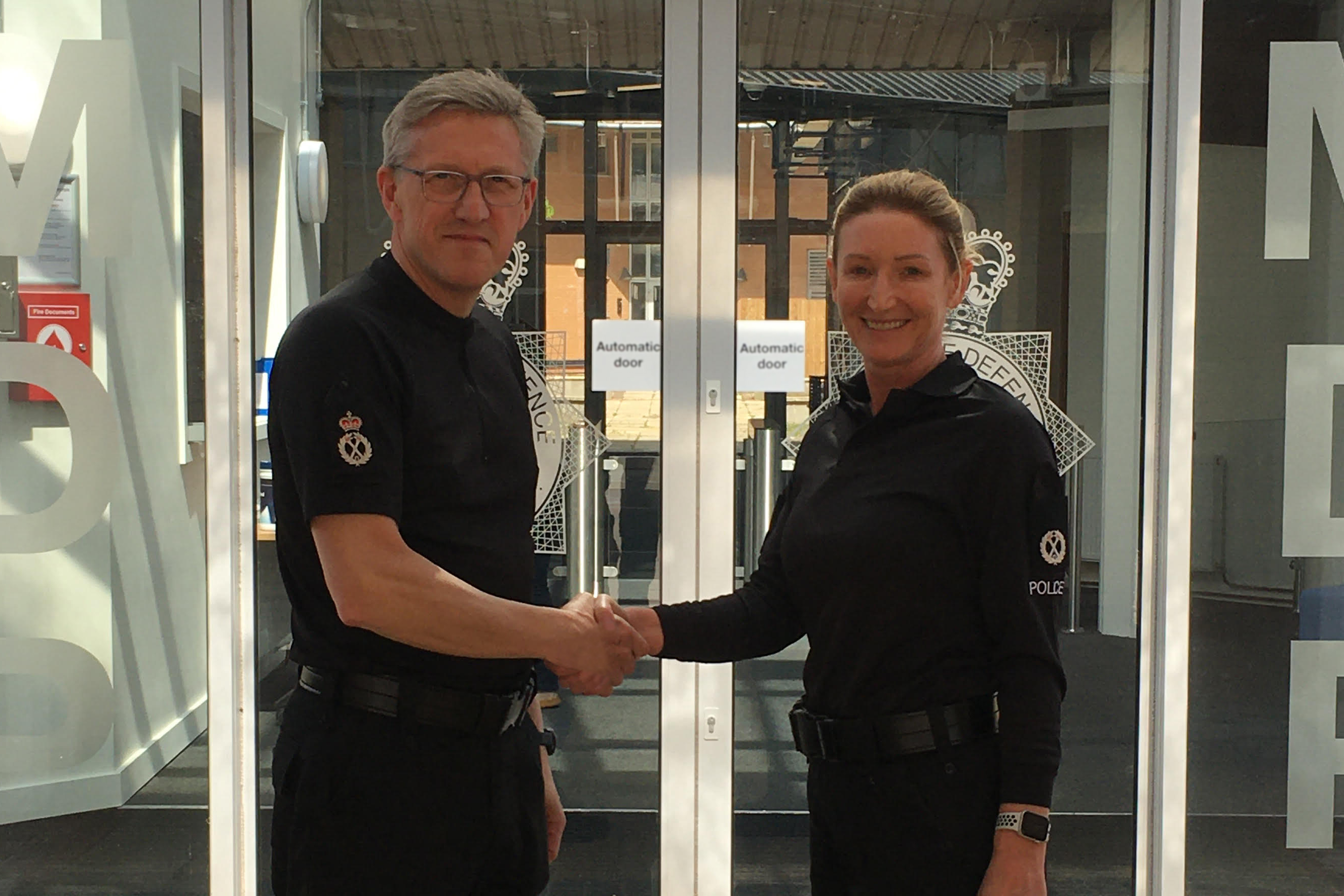 Melanie (Mel) is the first female MDP DCC in the Force’s 50-year history.

The appointment follows Mel taking up post as Assistant Chief Constable, Nuclear and Marine during February this year, having served as a Commander in the Metropolitan Police Service and in a range of roles in Cambridgeshire Constabulary and as part of the collaborative Bedfordshire, Cambridgeshire and Hertfordshire Protective Services Unit.

I am proud to take up post as the first female Deputy Chief Constable of the Ministry of Defence Police, based in the new Headquarters in Cambridgeshire, which is the county where I began and have spent most of my policing career.

Since joining the MDP, I have learnt so much about the unique capabilities of the Force and our role in contributing to the Defence Plan and Defence Tasks.

I’ve also met some really great people, and I look forward to getting out and meeting more colleagues throughout the UK during the coming months.

Following the MDP’s 50th Anniversary celebrations last year and as we work through the transition to the Force’s new HQ and training centre this year, I’m excited to take on the challenge of driving forward opportunities for positive change and modernisation.

I’m very pleased to be able to welcome Mel as our Deputy Chief Constable.

Mel is an exceptional leader and a fantastic role model, with a wealth of operational and strategic experience that I know the MDP will continue to benefit from, as we further develop our Force in support of Defence.

Mel took up the role from Monday 2 May.

The DCC post encompasses responsibility for overseeing the effectiveness and efficiency of the Force. This includes responsibility for governance of the Chief Officer work programme and strategic priorities, performance, assurance and compliance, programmes and projects, and professional standards.