At least 38 people were killed by a “fire tornado” in Algeria after it blasted through a wildlife park and cremated 12 passengers trying to flee on a bus.

Massive devastation has been caused by the fires, which were fueled by drought and a 48C heatwave, primarily in the El Tarf region on the eastern border with Tunisia. 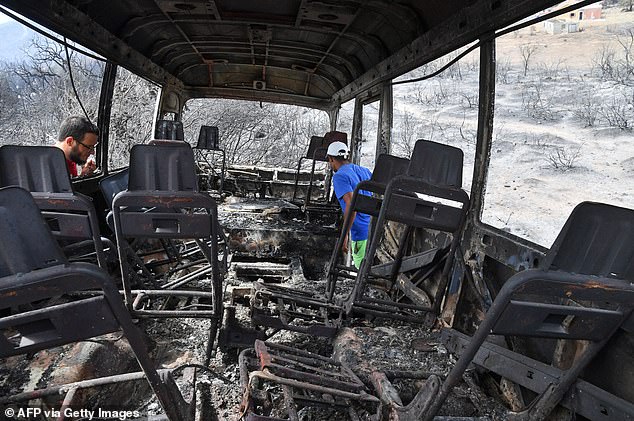 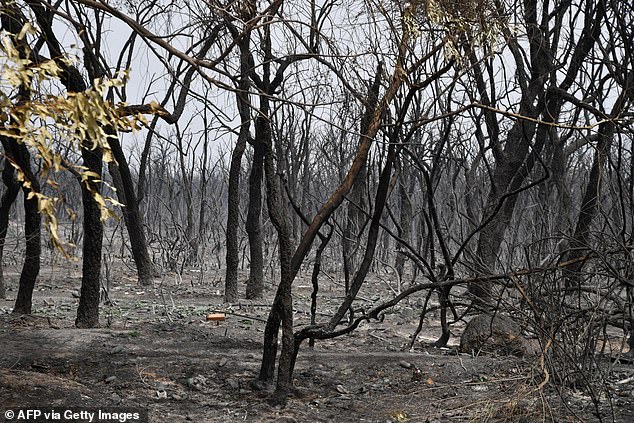 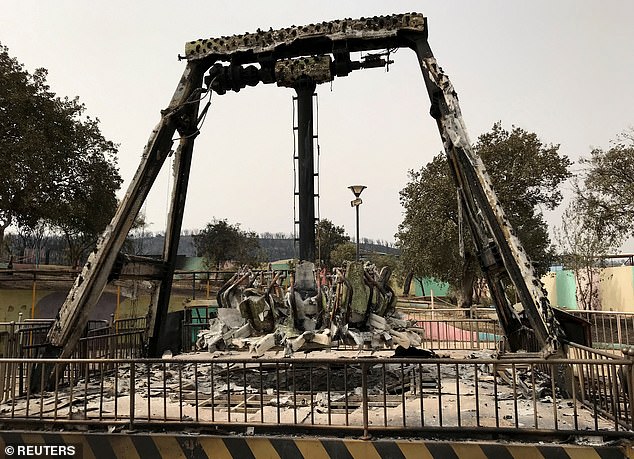 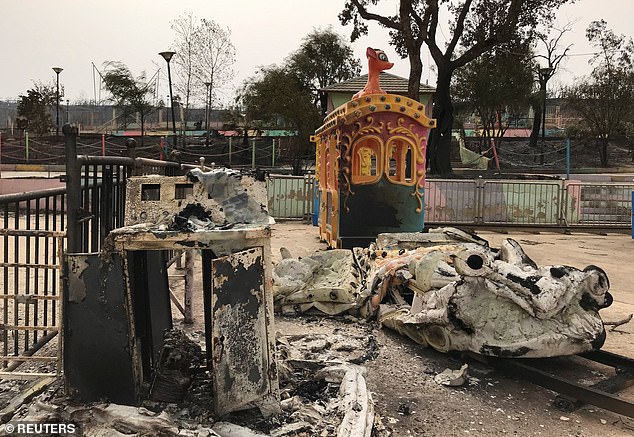 According to Algerian media, a family of five was among the fatalities and at least 200 individuals have suffered burns or respiratory difficulties as a result of the smoke.

A journalist from El Tarf described “images of devastation” on the road to El Kala in the extreme northeast of the country.

“A fire tornado destroyed everything in seconds,” he told AFP via telephone. The majority of persons who perished while visiting a wildlife park were surrounded. He said that firefighters were still combating a conflagration near Lake Tonga.

A team from AFP near El Kala reported a heavy odor of smoke, and authorities feared that strong winds could spark other fires.

They also observed extensive damage to the wildlife park, and a witness who requested anonymity stated that 12 people were burned to death in their bus as they attempted to flee.

Multiple routes in the vicinity were closed.

Prime Minister Aimene Benabderrahmane stated, “The majority of the victims in El Tarf are holidaymakers who came to enjoy paradisiacal beaches and wonderful surroundings.”

On Thursday, he and numerous government officials came at El Tarf. The prime minister stated that the Algerian government would provide assistance to the families of the victims and pay for renovations and compensation for the loss of animals and beehives. The region is also recognized for its agricultural economy.

As residents have lost their houses to the flames, officials have been accused of being unprepared due to a lack of firefighting aircraft, despite the fact that last year’s wildfires caused a record number of fatalities.

In response to Interior Minister Kamel Beldjoud’s comments, the Ministry of Justice has begun an investigation into the likelihood that some of the fires were intentionally set.

One individual passed away in Souk Ahras, south of El Tarf. Two other deaths occurred in the Setif region, some 300 kilometers east of Algiers, the capital of the North African nation.

Nearly 100 women and 17 newborn babies had to be evacuated from a hospital near the forest in the city of 500,000, as told by a journalist.

According to the fire service, 39 fires were devouring various regions of northern Algeria, and there were fears that scorching winds could spark additional fires that officials are ill-equipped to combat.

There were lines of vehicles transporting food, water, blankets, and clothing toward El Tarf. Bensalem stated that a crisis section was established to oversee the gifts.

The pictures aroused fears of a repetition of last year’s northern fires, which killed at least 90 people and destroyed 100,000 hectares of forest and farms.

The authorities’ absence of fire-fighting aircraft was harshly criticized in the aftermath of last year’s disaster.

The authorities have chartered a Russian Beriev BE 200 water bomber aircraft, but it has broken down and will not be active again until Saturday, according to Interior Minister Kamel Beldjoud.

The army and the civil protection service have access to many firefighting helicopters.

With more than four million hectares of forest, experts have called for a substantial effort to bolster Africa’s largest country’s firefighting capabilities.

A specialist who did not wish to be identified told AFP that in the 1980s the government possessed 22 Grumman aircraft for fighting forest fires, but that they were “sold cheaply, with no replacement solution given.”

Algeria had planned to purchase seven firefighting aircraft from the Spanish company Plysa, but canceled the contract at the end of June due to a diplomatic dispute over Western Sahara, according to the website Mena Defense.

Since the beginning of August, 106 fires have erupted throughout Algeria, destroying 800 hectares of forest and 1,800 hectares of woods, according to Beldjoud, who stated that some of the flames were intentionally set.

President Abdelmadjid Tebboune expressed his solidarity with the victims in a statement of grief. He stated that the Algerian government will employ “all human and material resources” to combat the fires, and that the families of those who perished or lost their homes would be compensated.