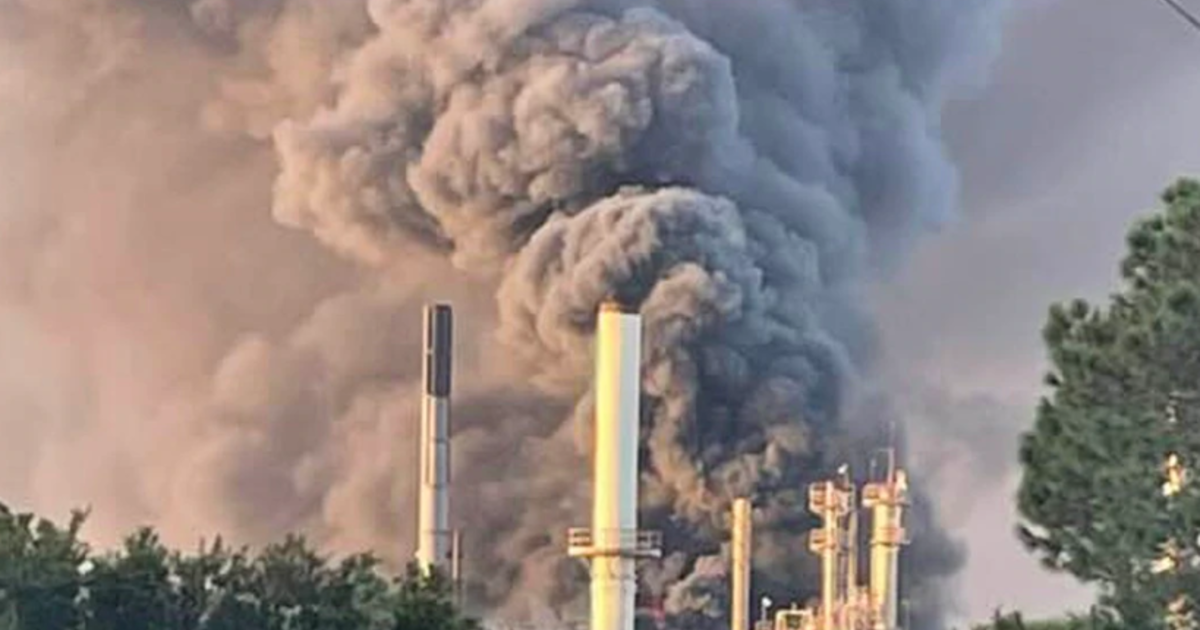 On Monday, neighborhoods near a Georgia chemical facility where a major fire was raging were evacuated. The facility outside the port city of Brunswick, roughly 70 miles south of Savannah, emitted a thick cloud of smoke into the air when it caught fire.

Katie Baasen, a spokesman for the Glynn County government, stated that officials issued evacuation orders for three homes within a mile of the Symrise chemical factory due to smoke risks and the possibility of explosions. People within a three-mile radius were instructed to seek shelter.

A nearby chemical plant fire has prompted the evacuation of the Hickory Bluff neighborhood and the Sanctuary Cove subdivision east of Interstate 95.
The PSA Recreation Center, located at 1050 Wildcat Drive in Kingsland, is an evacuation shelter.

“If you and your family are headed to a shelter, please bring personal care items such as prescriptions, toiletries, and clothing,” tweeted disaster management authorities. “Domesticated pets are permitted, but must be contained in a kennel. Bring pet leashes, food, and medication.”

The fire had been contained and was anticipated to extinguish itself, Baasen told The Associated Press in an email. She stated that smoke-related dangers posed the greatest worry, notwithstanding the possibility that the fire could create explosions.