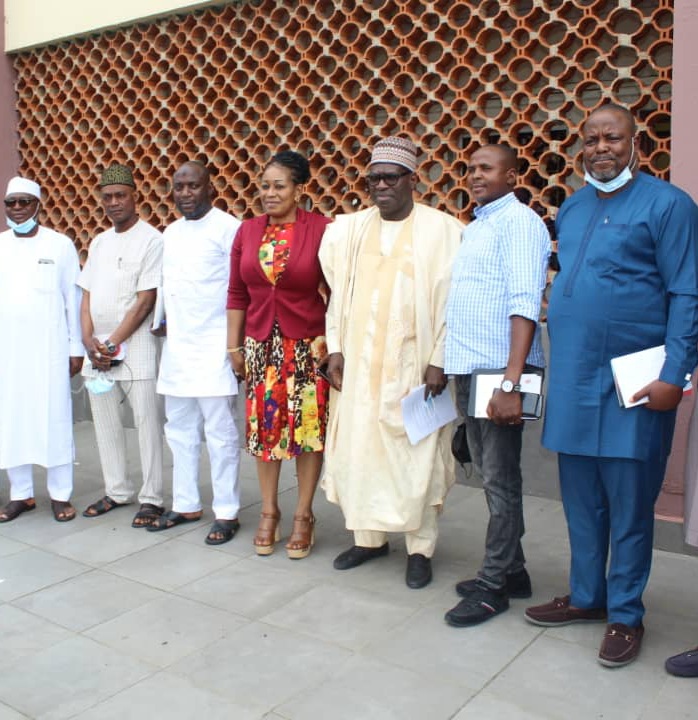 Addressing the 27-man team, led by the Executive Chairman of the Federal Capital Territory Internal Revenue Service, Mr. Abdulahi Attah, the Honourable Commissioner for Finance, Dr. Rabiu Olowo, said the State Government has introduced a lot of innovation in terms of data collection and improved system that allows seamless transactions with the citizens.

According to Olowo, represented by the Permanent Secretary in the Ministry, Mrs. Yemi Ayoola, the present administration has also adopted the use of technology where necessary, to reduce physical human interference in the process of revenue collection and to aid swift revenue generation.

While expressing the readiness of the Ministry to collaborate with the Federal Capital Territory Internal Revenue Service to improve its revenue generation, the Commissioner affirmed that the present state of affairs in the global market and its attendant effect on oil price calls for more strategic thinking and financial prudence by all tiers of government.

He added that the State government has maintained the use of technology, an automated system that gives no room for cash transactions but instead enhances the process of payment collection.

Olowo explained that the Ministry had introduced a synergy with the local councils in the area of revenue collection, adding that the use of technology for IGR has been cascaded to the grassroots.

His words: “One of the many strategies adopted by the State Government is the use of Treasury Single Account (TSA), where every money collected is paid into government accounts. All revenues are coded; the taxpayer just needs to go to a designated bank, pick a teller and fill the amount to be paid with the appropriate revenue code”.

Speaking further on the benefits of technology, he said it has helped the State to successfully pay staff salaries as and when due, saying “We have an organised entrenched system that is properly streamlined”.

Dr. Olowo averred that, apart from technology, the State has professionals among its workforce, who manage the financial affairs of government, adding that Lagos is exemplary for putting round pegs in round holes.

Earlier, the leader of the team, Mr. Abdulahi Attah said the visit by the FCT-IRS was to understudy Lagos’ success story in the area of taxation, revenue generation and elimination of double taxation.

Attah said, “The need to come here is imperative because 60% of Nigerian businesses and the Federal government revenue comes from Lagos State and 60% of Nigeria tax revenue is generated from Lagos, which is a very important integral part of the nation”.

“The essence of the visit is to appeal to the Lagos State officials to assist us in achieving a unified tax system that provides adequate tax information or data that is codified. This can be achieved if Lagos and Abuja collaborate because we need a system that will drive itself, not manually”.

“This appeal is aimed at having a systematic process that will drive the FCT tax system and ensure a master plan in revenue related matters to avoid multiple taxation in the interest of all Nigerians”, he added.

On his part, the Chairman, Abuja Municipal Area Council (AMAC), Mr. Abdullahi Adamu Kandido, praised the Lagos State Government for the level of transparency displayed in the process of collecting revenue.

Kandido said, “There is a substantial element of transparency between the State and Local Governments, which is safe for synergy”.