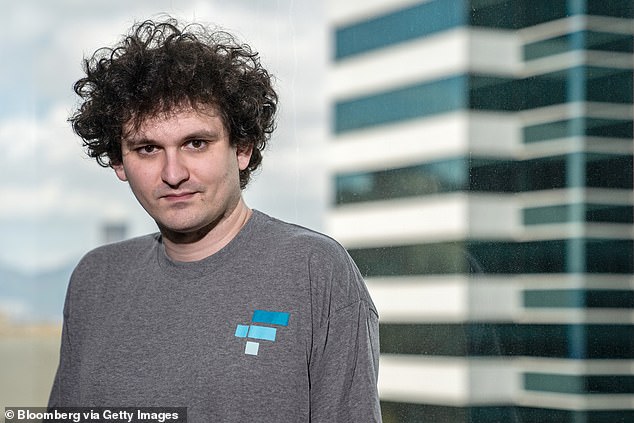 Bloomberg News reported on Tuesday, citing three people familiar with the situation, that American and Bahamian officials are discussing transporting FTX founder Sam Bankman-Fried to the United States for questioning.

The collapse of SBF’s crypto exchange FTX, which filed for bankruptcy in the United States last week, has stoked anxieties about the future of the cryptocurrency industry by describing a “serious liquidity problem.”

Since then, regulators have launched probes and legislators have demanded clearer rules governing the industry’s operations.

Several crypto firms have also been preparing for the aftermath of FTX’s demise, with some estimating their exposure to the troubled exchange to be in the millions of dollars. Over the weekend, BlockFi ceased withdrawals and is contemplating insolvency.

A spokesman for the U.S. Attorney’s office in Manhattan declined to comment. FTX did not reply quickly to a request for comment from Reuters.

Sam Bankman-Freid, creator of FTX, may be returned to the United States by authorities. Friday, Bankman-Fried resigned as CEO and the business filed for bankruptcy.

Over the weekend, BlockFi ceased withdrawals and is contemplating insolvency. CEO of BlockFi, Shawn Owen, seen

Over the weekend, the business issued a statement on Twitter announcing the withdrawal halt.

FTX filed for bankruptcy protection on Friday, sending tsunami-like waves through the cryptocurrency industry, which has experienced a fair amount of volatility and turbulence this year, including a precipitous decrease in the price of bitcoin and other digital assets.

For some, the events resemble the downfall of Wall Street firms during the 2008 financial crisis, especially now that ostensibly healthy companies such as FTX are faltering.

BlockFi is currently considering bankruptcy and intends to lay off employees.

The Wall Street Journal stated that BlockFi, which froze withdrawals over the weekend in response to FTX’s bankruptcy, is now seriously exploring filing for bankruptcy and expects to cut off employees.

In prior public statements, BlockFi’s management made it very clear that FTX’s failure had hastened the company’s demise.

This summer, FTX provided BlockFi with financial assistance, including a $400 million credit facility guaranteed by its own balance sheet.

BlockFi stated on Saturday, referring to FTX and Bankman-hedge Fried’s fund Alameda Research, “We are astonished and disappointed by the revelations concerning FTX and Alameda.” Due to the lack of information over the status of FTX.com, FTX US, and Alameda, we cannot conduct business as usual.

Before the financial crisis, 30-year-old banker Fried was estimated to be worth $16 billion, but his fortune has decreased by 94%.

SALT Blockchain, a crypto financing company, also appeared to be on the edge of failure. Due to its exposure to FTX, Bnk to the Future backed out of its arrangement to purchase SALT.

The CEO of SALT stated that he remains committed to helping victims recover from the harms. CEO of SALT pictured: Zac Prince

In tweets, the CEO of SALT stated that he is committed to helping victims recover from the harms.

Binance, a cryptocurrency exchange, has recommended the development of a rescue fund to prevent the demise of otherwise healthy crypto enterprises, demonstrating the investors’ concern that the cascade consequences could cause long-term harm.

Changpeng Zhao, founder and CEO of Binance, convincingly outlined the idea of a crypto-like central bank or deposit-insurance pool serving as a lender of last resort to prevent the failure of healthy businesses.

In Telegram chat groups for traders who used the FTX exchange, FTX’s members lamented their losses, claiming that they had lost access to hundreds to millions of dollars.

Sam Bankman-Fried, a vegan who sleeps four hours a night, had become a public face of crypto currency with an estimated personal worth of roughly $25 billion, which Forbes magazine reports has now decreased to $16.6 billion.

Before turning to cryptocurrencies in 2017, he worked as a Wall Street broker. He is the son of Stanford Law School professors and a graduate of the renowned Massachusetts Institute of Technology.

According to Bankman-Fried, the Bahamas is ‘one of the few countries with a full licensing regime for cryptocurrencies and cryptocurrency exchanges.’ As a result, the company was relocated to the Caribbean nation, where taxes are nearly nonexistent.

He has been an outspoken champion for easier public access to the cryptocurrency market, notably in the United States.

Some requested information. Others speculated on the chances of recovering their monies, while others advised them to accept the loss of their assets.

Moderators for one group occasionally posted messages such as, “Please, no death threats.” They wrote that they had no knowledge of Bankman-whereabouts Fried’s or the future of his companies.

“No news,” one moderator posted.

Many FTX users identified Bankman-Fried as the culprit, using puns on his name such as ‘Sam Bankrun-Fried’ and demanding that he be prosecuted.

Tuesday, a support account for FTX US responded to tweets from users inquiring about their cash by instructing them to send direct messages to the account for assistance.

Mohit Sorout, 30, stated on Twitter that he has lost access to 95% of the value of his cryptocurrency holdings after FTX ceased operations last week. He added, “The agony is f(asterisk)(asterisk)ing real.”

The electrical engineer located in New Delhi and Dubai began trading in 2017 and quit his job in 2018 to trade cryptocurrencies full-time.

Together with a business partner, he developed a bespoke algorithm and turned a couple thousand dollar investment into a number several times that amount, though he did not wish to reveal the value of his holdings when he lost access to them.

It is unclear what will happen to the locked-up funds of retail investors such as Sorout within the FTX ecosystem.

Last week, his requests to withdraw the funds were denied, and now he cannot even access the exchange, he reported on Monday.

Sorout stated that he did not aim to maintain all of his investments on a single platform, but the tools that FTX had developed for traders like himself were quite successful, and his algorithm performed well on that platform. He also trusted Bankman-Fried due in part to his prominence.

Sorout stated, “The problem was the creator, who is paying eight figures to presidential races, meeting with the top officials, sponsoring chess tournaments, and sponsoring stadiums.” You wouldn’t honestly expect such a large company, especially its CEO, to cheat its customers, would you?

FTX, a cryptocurrency exchange, has failed.

Here is FTX’s history since its inception in 2019:

A $900 million financing round values FTX at $18 billion in July.

September marks the signing of a sponsorship agreement between FTX and Mercedes’ Formula 1 team.

October – FTX raises funding from investors, including Singapore’s Temasek and Tiger Global, at a valuation of $25 billion.

FTX’s U.S. subsidiary announced on January 27 that it was valued at $8 billion after raising $400 million in its initial investment round from investors including SoftBank and Temasek.

31 January: FTX raises $400 million from investors, including SoftBank, at a $32 billion value.

FTX reportedly inked a $135 million sponsorship contract for the naming rights to the Miami Heat’s home court on June 4.

FTX announced an agreement with an option to acquire troubled cryptocurrency lender BlockFi for up to $240 million on July 1.

The 22nd of July saw FTX give a partial rescue to the bankrupt cryptocurrency lender Voyager Digital. Voyager referred to it as a “low-ball bid.”

FTX announced on July 29 that it has received complete approval to operate its exchange and clearing house in Dubai.

19 August – A U.S. bank regulator ordered crypto exchange FTX to stop making ‘false and misleading’ claims about whether the company’s funds are government-insured.

The FTX venture capital fund announced on September 9 that it will acquire a 30% stake in SkyBridge Capital.

The CEO of Binance, Changpeng Zhao, announced on November 6 that his company would liquidate its FTT holdings due to “recent disclosures.”

On November 7, Bankman-Fried stated, “FTX is OK.” The assets are in good condition.

The FTT collapses by 72 percent on November 8 as withdrawal requests flood the exchange. Binance provides a potential bailout through a non-binding agreement.

9 November – Binance abandons the rescue plan, stating: “As a result of corporate due diligence, the current press reports about mismanaged client funds, and suspected US agency investigations, we have chosen not to pursue the potential acquisition of FTX.com.”

Bankman-Fried resigns as CEO and FTX files for Chapter 11 bankruptcy on November 11.