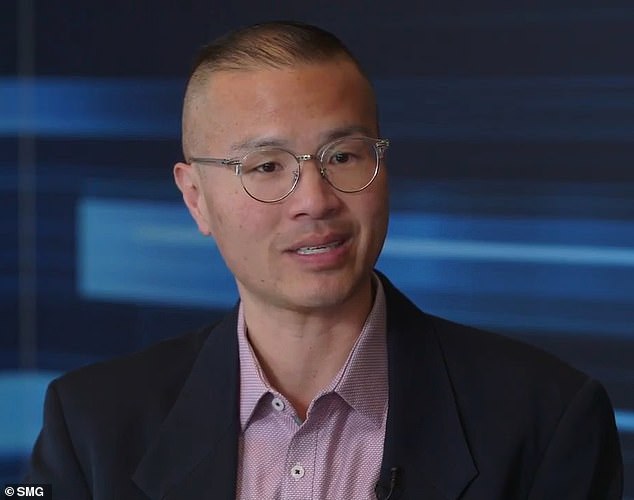 Yoel Roth said in a sworn statement to the Federal Election Committee in December 2020 that he felt obligated to delete the Hunter Biden laptop narrative and describe it as originating from “hacked materials” based on information provided by FBI agents at these weekly sessions.

‘During these meetings, I was informed that the intelligence community anticipated that individuals associated with political campaigns would be the target of hacking attacks and that information obtained through these hacking attacks would likely be disseminated via social media platforms, such as Twitter.

“I also learned in these meetings that there were rumors a hack-and-leak operation would involve Hunter Biden,” he said as Twitter attempted to defend itself against a claim by the Tea Party Patriots Foundation that its censorship constituted a “in-kind” campaign contribution to then-candidate Joe Biden.

However, Chan, a supervisory FBI special agent, stated in a November deposition that none of the agents specifically named the Hunter Biden story as one of the probable “hack-and-leak” activities.

He testified in a lawsuit against the Biden administration, alleging the current president of scheduling meetings in San Francisco for up to seven FBI agents based in Washington, D.C., in the months preceding the 2020 presidential election.

Under the premise of combatting misinformation, these FBI agents would then meet with Big Tech representatives to remove “disfavored speakers, perspectives, and content on social media platforms,” according to the Republican attorneys general of Louisiana and Missouri.

In a deposition, disgraced FBI agent Elvis Chan disputed that the FBI ever referenced Hunter Biden’s laptop in relation to a hypothetical “hack-and-leak” operation.

Chan stated, in response to questions from Solicitor General John Sauer late last month, that he ‘would understand differently’ what Roth said in his sworn evidence.

According to him, Hunter Biden was never discussed specifically with Twitter. The way I saw that is that there are hack-and-leak operations, and I believe he mentioned one of the potential current events that were occurring before to the elections at the time.

Chan then said that because he does not recall discussing the laptop belonging to Hunter Biden, ‘we did not discuss it.

Therefore, he would have independently identified this as a contentious subject.

Chan also disclosed in his testimony that the FBI intends to hold additional scheduled talks with Big Tech executives prior to the 2024 presidential election, this time including Apple and Wikimedia Foundation personnel.

Apple was added to the conversations due to the fact that it is a cloud infrastructure provider, he explained.

And we believe that the tactical information, notably the markers relating to foreign state-sponsored entities, that we shared with them may surface in any iCloud scans they conduct.

Hunter Biden’s misplaced laptop had some racy pictures of the current First Son.

The report concerning his laptop, which indicated strong ties to Chinese bureaucrats, was immediately exploited on Twitter.

Chan also discussed his close contacts to the so-called ‘FBI lovers’ who had attempted to discredit then-President Trump by alleging that his administration had intimate ties to the Kremlin.

Peter Strzok, a former deputy assistant director of counterintelligence for the Bureau, and Lisa Page, an FBI attorney, were known to him.

Peter Strzok, a former deputy assistant director of counterintelligence for the FBI, was fired after it was discovered that he had texted his girlfriend about his dislike for then-candidate Donald Trump.

While investigating whether Trump’s 2016 campaign coordinated with or was assisted by Russia, the two were having an affair in secret and had texted one other about their distaste for a Trump administration.

After his texts became public, Special Counsel Robert Mueller removed Strzok from the investigation in late 2017 to protect its integrity.

Chan stated in his testimony one month ago that he had met with them to discuss the Yahoo! News leak that Carter Page was under investigation for his ties to Russia.

In response, Page abruptly left the Trump campaign, and two campaign spokespeople denied he had ever been involved.

Chan stated that he never mentioned the possibility of a Russian “hack-and-leak” operation with the two Feds, but noted that Jim Baker, a former FBI attorney who now works for Twitter, was present at the sessions.

Baker is currently under fire for meeting in secret with former colleagues at the FBI before pressuring Roth to characterize the Hunter Biden laptop report as “disinformation.”

He then thanked the FBI for its assistance in concealing the report in a letter.

Jim Baker, who served in a similar capacity for the FBI before becoming Twitter’s deputy general counsel, is now under criticism for meeting in secret with some of his former colleagues before pressuring Roth to characterize the Hunter Biden laptop allegation as “disinformation.”

He stated in August that Facebook representatives attended the same meeting, and he assumed the agents were implying that the Hunter Biden story was also the result of a “hack-and-leak” operation.

“Hey, just so you know, you should be on high alert… we believed there was a lot of Russian propaganda in the 2016 election,” the FBI essentially told Facebook employees, according to Zuckerberg.

At that point, he stated: We’ve been notified that a leak identical to this is imminent. So just be alert.’

Zuckerberg acknowledged that the FBI did not specifically reference the Hunter Biden story, but that it “fit the pattern” of what the agency had addressed.

The CEO of Meta then expressed regret for the choice to bury the story.

‘It turned out after the event — fact-checkers investigated it, and no one could say it was wrong,’ he explained.

In essence, it had a period of diminished distribution.

Mark Zuckerberg stated in an August podcast interview with Joe Rogan that he believed the government was implying that the Hunter Biden tale was part of a Russian plan.

The FBI stated in a subsequent statement that it routinely alerts social media businesses of potential security issues.

The news release included the following passage: “The FBI has given firms with foreign danger indicators to assist them in protecting their platforms and consumers from foreign malign influence actors.”

The agency noted that they cannot “request or direct corporations to act on received information.”

According to NBC News, it also stated, “[The FBI] routinely alerts U.S. private sector firms, including social media providers, of potential threat information so they may decide how best to defend themselves against threats.”

Later, Meta reacted to the FBI’s announcement on Twitter, writing, “The FBI issued generic cautions about foreign interference, but nothing particular about Hunter Biden.”

But on Monday, journalist Michael Shellenberger reported that the FBI met with Jim Baker prior to the 2020 presidential election in order to persuade Roth that the information on Hunter Biden’s laptop could be ‘Russian misinformation.’

Shellenberger’s collection of documents revealed that a number of former FBI officials had joined Twitter, and that those remaining at the Bureau had attempted to obtain top-level security clearance for Twitter personnel so they could be notified of any alleged election intervention.

Shellenberger stated that as a result of these measures, Twitter has erased all references to the New York Post article about Hunter Biden’s business contacts with China less than two hours after its publication.