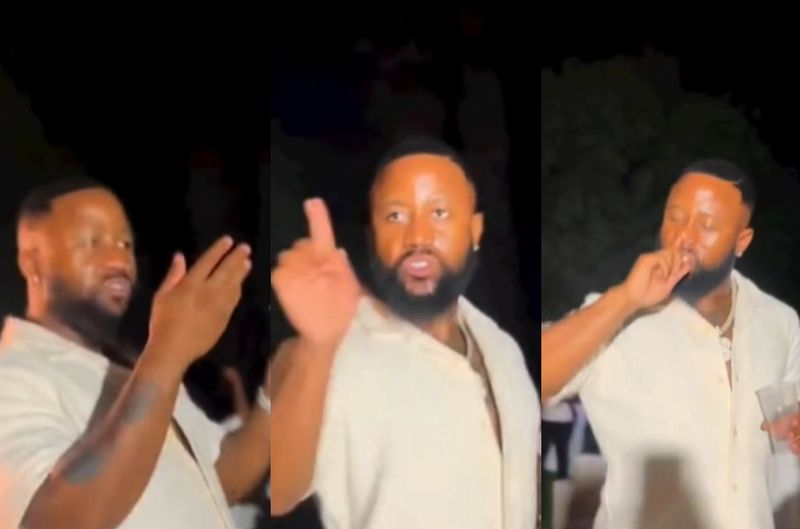 Cassper Nyovest is by far one of South Africa’s most approachable rappers and A-list celebrities. He consistently manages to captivate his followers on and off stage.

Recently, on December 31, the Fill UP The Dome singer joined in a viral TikTok challenge that had social media fans busting out humorous and trendy dance moves in their own living rooms.

The South African musician rang in the new year by taking part in a popular TikTok dance challenge.

Nyovest uploaded a video of himself dancing to Tobesta Remake featuring Focaliistic, Daliwongo, ShaunMusiq, and Ftears on his TikTok and Instagram accounts.

In the video, the rapper-turned-businessman can be seen dancing to the song with his mouth pouted as if he were going to whistle. He directs the cameraman with his ridiculous dance moves, including flailing his hand up and down and dancing on one leg.

The most entertaining portion of the video was when the rapper placed his finger into his nose as part of his dance movements, to the delight of netizens.

Nyovest’s caption for his video was as follows:

Also see: Cassper Nyovest’s heartstrings are tugged by a fan who writes, “This moved me.”

WHAT REACTION DID TIKTOKKERS HAVE TO CASSPER’S DANCE MOVES?
Fans and admirers of Nyovest were laughing out loud and delighted by his new dance style. Nobody spoke negatively on the rapper’s bizarre dance style, demonstrating their undying support for him. Instead, they never posted laughing emojis and said that the stupid dance moves were fantastic and very bizarre.

»Fans of Cassper’s Tobesta TikTok dance state, “For me, it’s the nose pick”«