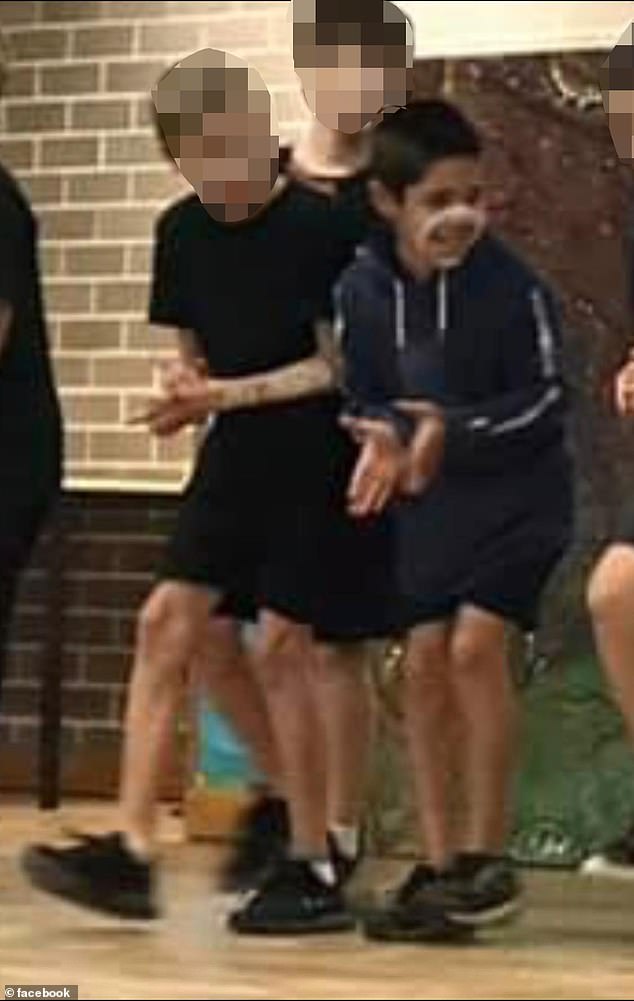 As friends unite to combat hateful trolls who make racist remarks, the family of a 12-year-old who died from severe injuries in unexplained circumstances claims that even they do not know what murdered their “little soulja.”

Wayne Russell was recalled as a “nice” child with “a mischievous grin” who was discovered at a friend’s home 30 minutes after a mysterious automobile collision only a few blocks away on Tuesday.

Friends of the boy’s family, however, criticized the discriminatory statements regarding the boy’s indigenous origin in memorials to him that they posted online.

Beyond terrible remarks, one woman said in her post.

Many of these people need significant mental health care. ill with a headache.

Some of them constantly had to bring up the fact that (he is) Koori, racist pieces of s**t.

The comments on this are “just devastating, people are so friken cruel,” a furious Facebook user remarked.

Absolutely crushed, so many feelings and questions, I’m at a loss for words. He will be missed, poor baby.”

Emergency services were called to a report of a child with “serious injuries,” and at about two in the morning, they discovered Wayne, 12, in the Wollongong suburb of Balgownie, south of Sydney.

Wayne was attended to by paramedics from NSW Ambulance before being taken to Wollongong Hospital, where he was later declared dead.

A black Holden Barina smashed into a traffic signal at Towradgi, three minutes away from Balgownie, at about 1.35am. At the same time, police were looking into a serious traffic collision.

When police arrived on the site of the collision, they discovered the Barina wrapped around a telephone pole, its doors wide open (both the driver’s and passengers’), and no one inside.

When the enormous accident was reported, officers at the close-by Corrimal Police Station promptly reacted, but by the time they arrived, the passengers had already escaped.

Police are looking into whether Wayne’s death was connected to the risky TikTok habit known as “creeping while you sleep,” in which young Australians record themselves committing major crimes including vehicle theft and speeding.

The boy’s relatives and friends are posting poignant condolences and pleading for information in the meanwhile.

‘Love you my brah… we will see you soon, love you soo much rest easy my soulja my cuzz, rest in heaven,’ Jamain Russell, Wayne’s cousin, said on Facebook.

We only need an appropriate resolution for what happened to you, my little cuzz.

A picture of Wayne in class with one of her sons holding up a school project and the two boys applauding together with painted faces in what seemed to be an indigenous celebration was shared online by the mother of two boys who were Wayne’s classmates at Woonona East Public School.

The mother said on Facebook, “Gone much before your time little friend!! You will be mourned by everyone who knew you.

“The finest personality a boy could have, with a grin that lighted up the room.” You always treated me with such grace and were a fantastic friend to my sons. Let Lil Wayne rest in peace.

Acting Detective Inspector Jason Hogan of the NSW Police said that they are looking into whether the incident was related to the TikTok craze.

We’d want to hear from anybody who has social media posts about the occurrences that transpired this morning, the man stated.

We are looking at every avenue of inquiry, and we will also look into the social media avenue.

Anyone with knowledge on the collision or dashcam video of how Wayne was hurt is asked to contact police.