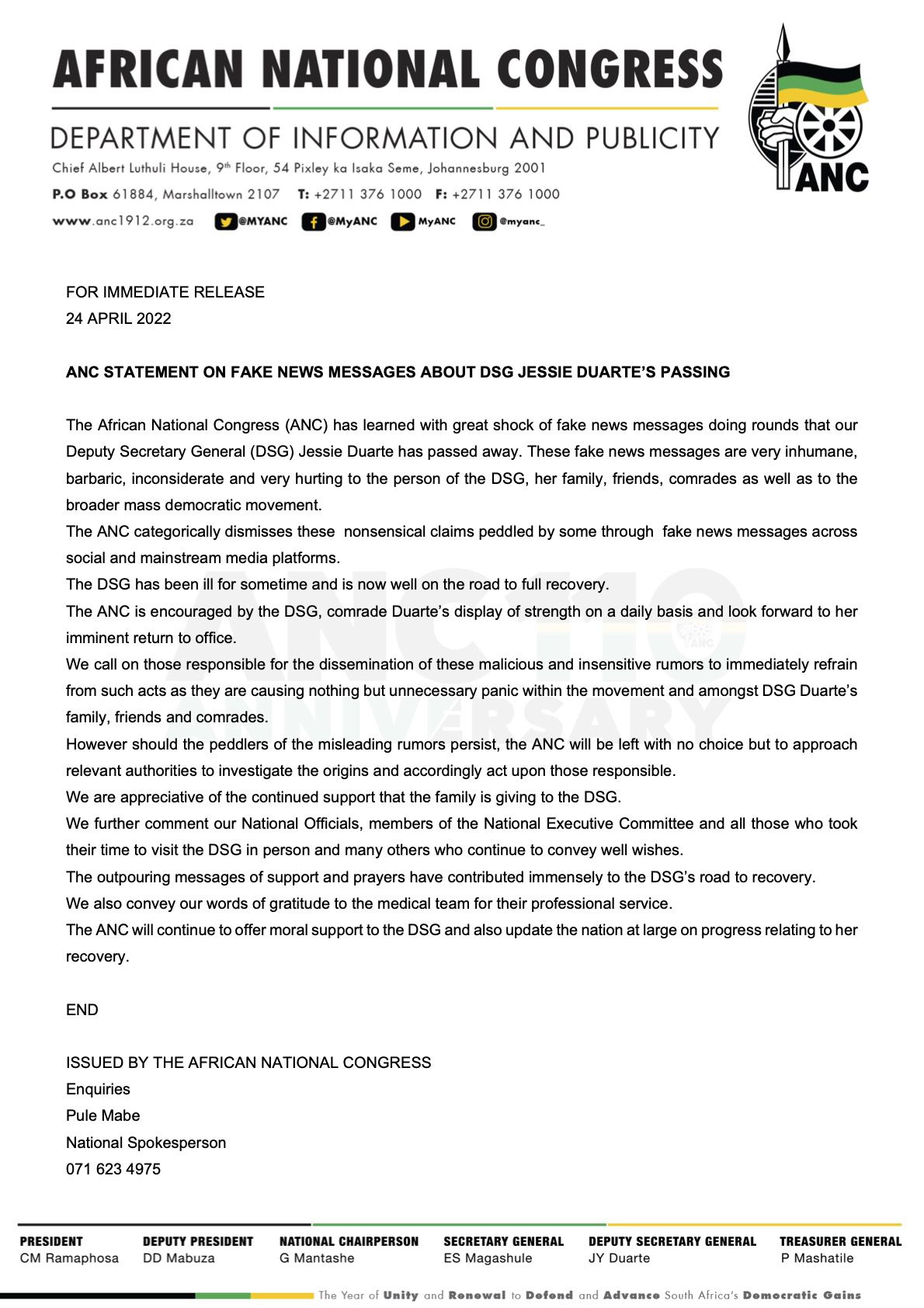 While Duarte has been sick for some time, the ANC revealed that she is on the road to a full recovery.

The ruling party dismissed the claims that have been circulated on social media and referred to them as ‘nonsensical’. It further called upon those who are spreading the rumours to refrain from doing so.

“The ANC is encouraged by the DSG, comrade Duarte’s display of strength on a daily basis and look forward to her imminent return to office. We call on those responsible for the dissemination of these malicious and insensitive rumours to immediately refrain from such acts as they are causing nothing but unnecessary panic within the movement and amongst DSG Duarte’s family, friends and comrades.”

The ANC said it would approach the relevant authorities to investigate the origins of the rumours if those spreading it continue to do so. It went on to thank everyone for their support that went out to Duarte in her time of need.

“The ANC will continue to offer moral support to the DSG and also update the nation at large on progress relating to her recovery,” said the ANC.

The National Institute for Communicable Diseases (NICD) shared a post on Facebook slamming claims of a typhoid fever outbreak. This is after a post regarding the alleged outbreak was widely shared on social media.

The post starts off in an alarming manner, requesting that people boil their water. It then goes on to state that NICD allegedly said there was a “tifus outbreak”. The fake post details the number of ‘cases’ of the disease in each province.

It goes on to describe that bacteria can be found in contaminated water and food. The post raises alarm bells for parents, stating that children between the ages of five and 15 years olds are the ‘biggest risk’.