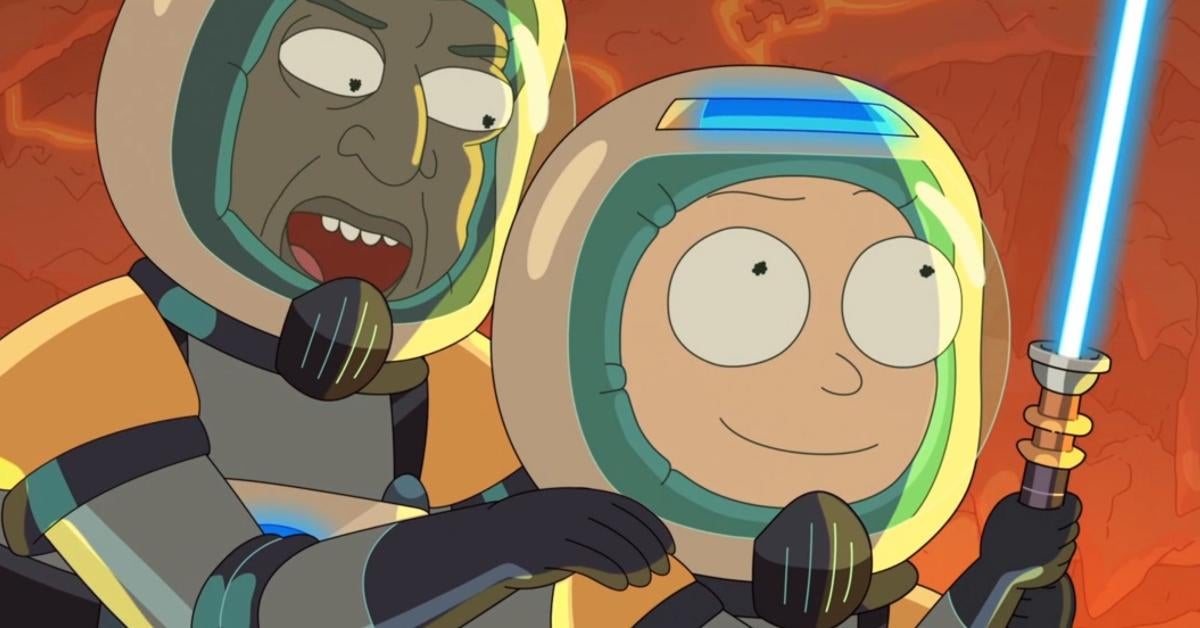 Rick and Morty’s season finale was a blistering assessment of Star Wars, as expected. Season 6, Episode 10 began as a heartwarming Christmas special about how much Rick (Justin Roiland) now loves his family. However, it doesn’t take long before the holiday spirit devolves into the highest level of holiday betrayal.

Wondering what this new episode could signal for the future of Rick and Morty? We’ve got you covered. Consider this your guide to Adult Swim’s Season 6 finale.

How Does Season 6 of Rick and Morty End?

Rick and Morty would not be Rick and Morty without its season-ending reset. Since “Analyze Piss,” have you noticed that Rick has been extra helpful? This is because he replaced himself with a robot that is 22% friendlier to Morty and his family. This person assisted Morty throughout “A Rick in King Mortur’s Mort” and handed him his lightsaber in “Ricktional Mortpoon’s Rickmas Mortcation.”

Morty and the President (Keith David) spent the most of the finale attempting to retrieve Morty’s dropped lightsaber before it impacted the Earth’s core. Morty discovered that his grandfather had been replaced by a robot at the beginning of this frantic journey. Rick recognized after his self-reflection in “Analyze Piss” that he must capture the Rick who murdered his wife and daughter before he can move ahead. This is one of the reasons why he abandoned Morty’s quest.

“I have become that which I despise. “Down here, it’s like a Netflix drama,” Rick explains. “And I don’t mean a nice one by mistake. I mean a regular-ass Netflix drama.”

As awful as that was, it was not the only instance of betrayal Morty experienced. Shortly after seizing Morty’s lightsaber for being too dangerous, the President committed the same error as our protagonist. The President dropped the lightsaber, nearly destroying the planet once more. Instead of attempting to recruit the actual Rick, Morty joined forces with Robot Rick in order to confront the President. There was a lightsaber gun and a battle at the Mos Eisley Cantina, but by the end, everything had back to normal. Rick saved Morty, Robot Rick was killed, and the President escaped unhurt. However, as is typically the case in these climaxes, what transpired in the final moments is what truly sets the stage for what is to follow.

What Could Happen in Season 7 of Rick and Morty?

If you require evidence that Rick has changed, consider the conclusion of “Ricktional Mortpoon’s Rickmas Mortcation.” Since Episode 1, Rick has prevented Morty from pursuing his true goal of locating Rick Prime. In the season 6 finale, though, he altered his tune and allowed Morty to assist him.

In a diatribe reminiscent of Season 1’s end, Rick declares, “Hunting him wrecked me, Morty, but now we’ll do it together.” “I and you. It will dominate your life, Morty.” Morty and Ricky Season 7, pursuing my adversary. Possibly attempting to maintain health while doing it. Juggling plates. Morty, not every episode. This may be occurring in the background. Who can say? No one will accept us except ourselves. Morty, it’s the worst sh*t I’ve ever had to deal with, and I’m dragging you into it because you requested it. Both of us, Morty.”

So if you’ve been wishing for a massive season featuring Rick Prime, it appears you’ll get your wish. We’re hoping Season 7 will be released soon.

»Explanation of the ‘Rick And Morty’ Season 6 Finale, including Season 7 Predictions«