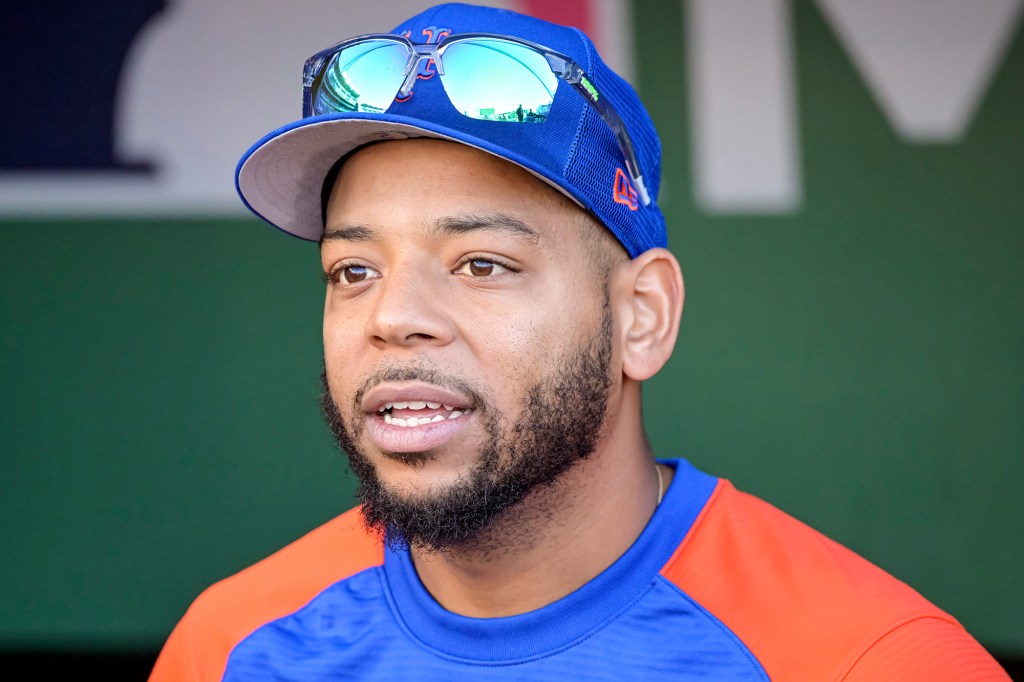 The Nationals’ assurances played a role in the 27-year-decision old’s to accept a one-year, $2 million contract with Washington, with an additional $2 million attainable in incentives.

“It’s a new beginning in my career,” Smith said in a Zoom conference call on Wednesday, after the agreement was finalized. “They want me to come in, play first base, and impart my knowledge of the game so that they can bypass some of the roadblocks in my career.” I’m excited to go out and demonstrate my talent and abilities.”

In Queens, he felt he did not always have this possibility, and there were ultimately too many “speed bumps.”

The Mets did not tender the former first-round pick (11th overall in 2013) in November following a second consecutive dismal season following a strong performance in 2020.

Smith recorded a.993 OPS in 50 games during the COVID-shortened 2020 season, but was unable to produce after that year.

And with Pete Alonso at first base, there was no place for Smith to play, and he was not a good enough hitter to serve as a full-time designated hitter.

In 2021, a damaged labrum in his shoulder eliminated his power, and the Mets acquired another left-handed hitter, Danel Vogelbach, before the trade deadline and exercised his option after the season.

Smith ended up platooning with J.D. Davis at designated hitter and was relegated to Triple-A Syracuse for two stints.

Smith stated, “I want to return to what I do exceptionally well, which is continuously making strong contact and being in a better position with my legs.” “I escaped from that. I want to maintain strike zone control and not chase.”

After attempting to get his bat into the lineup by moving to left field, Smith is hoping the move back to first will be beneficial.

“I don’t want to say that it altered my swing, but I’m comfortable at first base,” Smith said. “There, I can demonstrate my talent without worrying about my standing in the field. I have not had it since his rookie season in 2017.”

Smith will join a Washington team coming off a dismal season in which it won only 55 games and dealt away one of baseball’s most promising young players, Juan Soto, to the Padres.

This offseason, the Nationals have added several small pieces, with Smith being the most recent.

Smith, who was sporting a Nationals special edition Cherry Blossoms cap, stated, “At age 27, I feel I have a lot to offer the game of baseball in general.” “I have not had the opportunity to demonstrate my everyday capabilities. “I am eager to do that.”