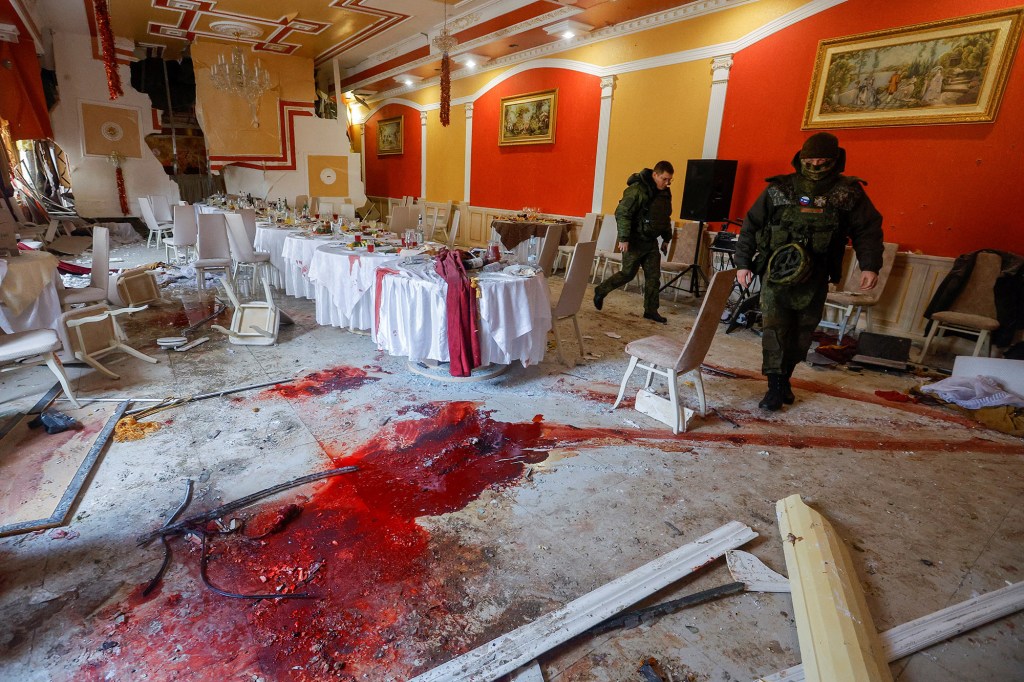 Ukrainian soldiers bombarded a hotel and restaurant in the seized city of Donetsk on Wednesday, injuring a former Russian deputy prime minister and a Kremlin-backed figure.

Former Russian deputy prime minister and current leader of a volunteer unit supporting pro-Kremlin forces in Ukraine, Dmitry Rogozin, was having a business lunch with partners when the restaurant came under fire from high-precision weapons.

Rogozin sustained a shoulder blade injury in the attack, which is thought to have been carried out by a Caesar 155mm self-propelled howitzer artillery system given by France to Ukrainian forces.

The 59-year-old Putin ally reportedly got shrapnel injuries to the head, buttocks, and left hip, according to the news site Baza’s Telegram channel.

It is anticipated that he would survive after being brought to a hospital in the Russian city of Rostov-on-donu.

When the restaurant came under fire from Ukrainian forces, Rogozin, 59, was having a business meeting with a colleague.

Vitaly Khotsenko, the head of government for the self-proclaimed Donetsk People’s Republic, was injured in the attack on the Shesh-Besh restaurant, his press secretary told Russian news outlets.

Photos of the shelling’s gruesome aftermath revealed a blood-soaked carpet, bloodstains on white tablecloths, and a huge portion of the dining room’s wall missing.

Donetsk is located in the industrialized Donbas region, which has witnessed some of the worst combat throughout the ten-month conflict. Since 2014, the city has been governed by pro-Moscow officials.

Rogozin is in charge of the Tsar’s Wolves, a volunteer group that helps pro-Russian fighters in the Donbas region.

A Russian aide asserted that the hotel in Donetsk was likely bombarded with high-precision howitzers supplied by France.

Thursday on his own Telegram channel, Rogozin stated that the Ukrainian soldiers acted in response to a tip.

“We have been staying at this hotel for several months, and the enemy has never bombarded it in the past eight years,” he wrote. Someone divulged facts…

The Putin supporter, known for his social media feuds with Elon Musk, was removed in July as the head of Russia’s space agency, Roscosmos.

In July, Rogozin, a steadfast confidant of Vladimir Putin, was replaced as the head of the Russian space agency.

According to Russian state media Tass and RIA Novosti, the Russian navy’s flagship experienced a “small” fire at a shipyard in the Arctic port of Murmanks.

Aleksey Rakhmanov, the chairman of the state-owned United Shipbuilding Corporation, which is supervising a massive refurbishment of the carrier, reported that the fire was swiftly doused and caused no injuries.

Delays and mishaps have hampered the continuing overhaul of the Admiral Kuznetsov, which began in 2017 and was supposed to be completed last year.

In additional terrible news for Russia, its sole aircraft carrier, the Admiral Kuznetsov, caught fire in Murmansk on Thursday while undergoing maintenance.

After a fire broke out in December 2019, at least one person was killed and 12 others were injured. The previous year, a crane fell onto its deck after the floating dock holding it began to sink, resulting severe damage.

In June, Rakhmanov told Russian media that he expected the Admiral Kuznetsov to return to duty in early 2024, nearly three years later than originally planned.