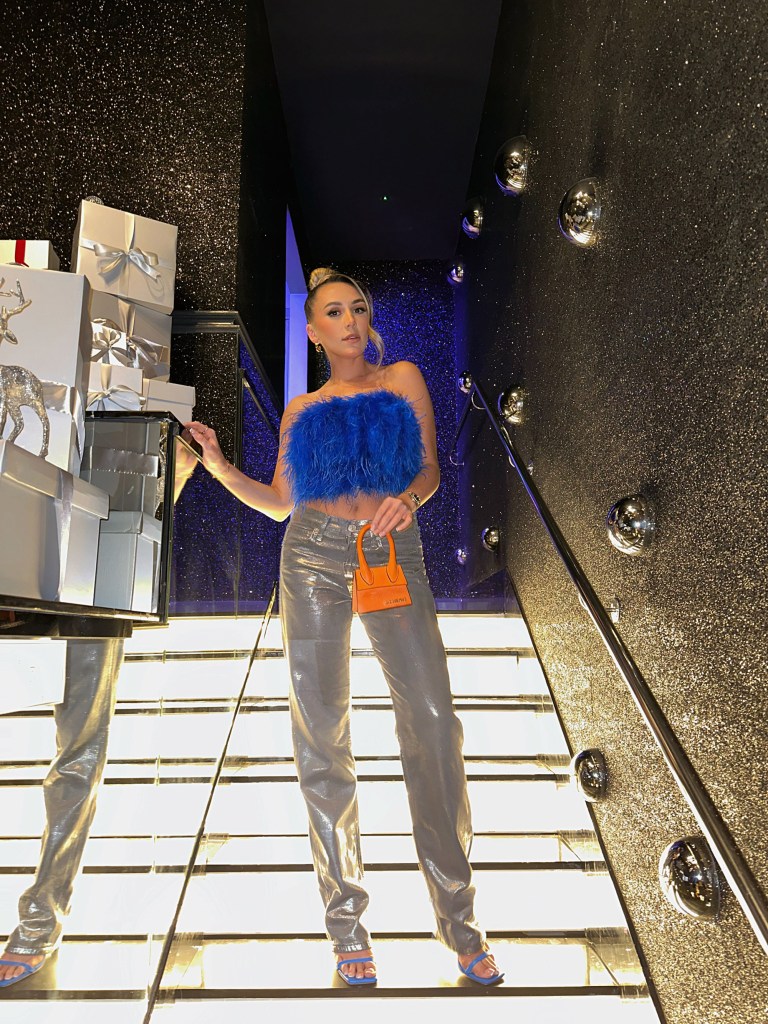 Not only Elvis is experiencing a blue Christmas.

Beth Gray, age 25, explained in a viral TikTok that she had purchased a $80 electric-blue, strapless, feather top from Club L London for a party, only to discover that she had Smurf-like blue underarms.

“As I was photographing my buddy, she remarked, ‘Beth, look at your armpit.’ I looked down and exclaimed, “Oh, my goodness!” Gray revealed to Jam Press. As the night progressed, this steadily deteriorated.

She apparently remained in her last Smurf state till the following morning.

The 10-second film, which has been viewed over 2.3 million times since it was shared on Thursday, begins with Gray posing in a corner of the venue while wearing an eye-catching top and silver leggings.

The night loses its sparkle, however, when the content creator raises her arms to reveal noticeable blue streaks on her skin.

“Thanks @clubllondon for transforming me into a Christmas Smurf,” she jokingly captioned the photo.

Gray stated that she was wearing a blazer to cover herself that evening, and she is not seeing red because she believes the company provided her a refund.

“I had to giggle at the circumstance both then and today,” she chuckled as TikTokers contributed their own colorful commentary.

“OMG I laughed so hard!” a woman exclaimed.

“I took it out of my basket so quickly,” said another.

“Omg I got the red one for my birthday last year, and I was crimson and so were the others I embraced!” exclaimed a third.

»Everyone called me a Smurf because of my Christmas party costume«