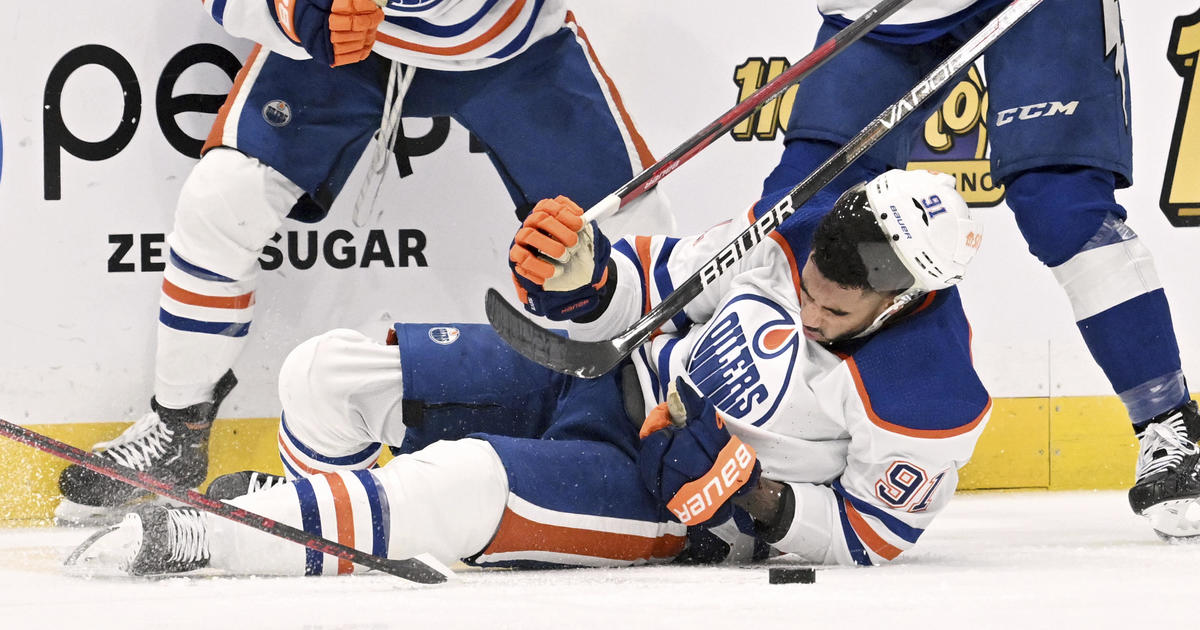 Evander Kane, a forward with the Edmonton Oilers, was hospitalized Tuesday night after sustaining what appeared to be a catastrophic wrist injury during a game.

During the second period, Kane was cut by the skate blade of Tampa Bay forward Pat Maroon after being entangled with Lightning defenseman Philippe Myers just inside the Edmonton defensive zone. The moment was captured on camera, and footage of the terrifying catastrophe has since been extensively distributed on social media. It depicts Kane’s blood pooling on the ice before he jumps to his feet and skates to the sidelines.

The Oilers, headquartered in the Canadian state of Alberta, finally defeated the Tampa Bay Lightning 3-2 in the Lightning’s home arena.

Kane stated on Wednesday morning that he was “on the mend” and would return to the ice after recuperating; nevertheless, he will miss the Oilers’ next game.

“Thank you for your thoughts and well wishes over the past several hours. Obviously, last night was a terrifying experience for me, and I’m still in a bit of shock “He sent a message to his social media followers. “I would want to thank the whole training staffs of the Edmonton Oilers and Tampa Bay Lightning, as well as all the physicians and paramedics that raced to my aid in order to treat and fix my damage. Without you guys, I am certain that the situation would have been much worse, and I am truly grateful.”

Noting that he “won’t be back for the next game,” Kane continued, “I look forward to returning to the ice to play the game I love with my teammates in front of our fantastic fans.”

On the mend, thanks for the photo

Initially, the Oilers confirmed that Kane was sent to a hospital for treatment shortly after Tuesday’s event. The team said at the time that he was in stable condition and set to have a procedure later that evening.

“After suffering a wrist injury early in the second period, Evander Kane is stable and has been transferred to the hospital for a procedure tonight,” the Oilers tweeted.

Evander Kane is stable after suffering a wrist injury early in the second period and has been transferred to the hospital for a procedure later this evening.

Jon Cooper, coach of the Lightning, stated, “You shudder when you see that.”

“It was difficult to see. Hopefully he will be okay because, you know, in hockey, you compete against one another. There is a battle, but we are still a family.”

Kane grasped the wound with his right hand before rushing to the bench and then the locker room.

The Oilers’ Connor McDavid remarked, “It’s obviously terrifying.” “I believe you could feel the enthusiasm in the entire rink draining away. We are considering him. We have heard that he is doing well, although this is certainly preliminary.”

Evander Kane falls to the ice during the second period of an NHL hockey game against the Tampa Bay Lightning on November 8, 2022 in Tampa, Florida. Jason Behnken / AP

McDavid scored a goal and assisted on another for the Oilers, whose Tuesday victory snapped a three-game skid. Jack Campbell made 35 saves, and goals were scored by Warren Foegele and Leon Draisaitl.

Campbell made several outstanding saves in the final minute.

McDavid has now scored 14 goals in 14 games this year, extending his point run to eight games. Draisaitl, meanwhile, has a goal streak of five games and a point streak of nine games. McDavid and Draisaitl scored power-play goals to give the Oilers a 3-1 lead early in the second period. Killorn made the score 3–2 less than 50 seconds into the third.

Cooper stated, “Think about McDavid, we play in the top league in the world with the fastest guys in the world, and he stands out like a sore thumb.” “Draisaitl, he’s only a horse. He possesses the total package.”

Nikita Kucherov of the Lightning extended his point streak to 11 games with an assist, but his goal streak of six games was interrupted. After being cut on the wrist late in the second quarter, he momentarily exited the game.