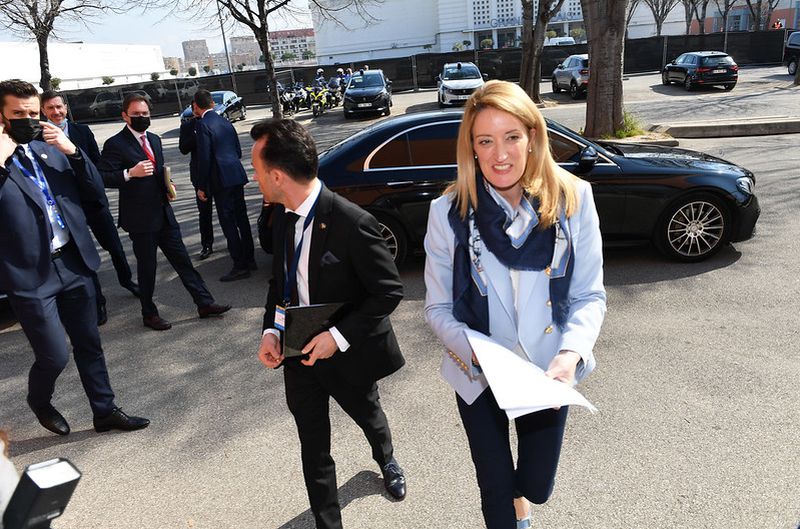 Roberta Metsola, the president of the European Parliament, has reported the several gifts she has received over the previous year, albeit belatedly, as the scandal-tainted institution attempts to regain its credibility.

Metsola has pledged greater openness and responsibility, and has undertaken to implement additional anti-corruption measures this week.

On the parliament’s website, Metsola’s lengthy list of gifts included a dried sausage, champagne, a scarf, books, chocolates, and a blue sheep sculpture.

The gifts were recorded in a public document that was published on January 12, 2023, although internal regulations require elected officials to declare gifts by the end of the month following the month in which they were received.

Her spokesman told AFP on Thursday that Metsola took the action to “increase transparency” and “set an example.”

Her spokesman explained the delay by stressing that her predecessors were not obligated by the law and had not before “declared anything.”

“She is attempting to alter the norm,” the official said, adding that Metsola will now adhere to the deadline.

Alberto Alemanno, EU law professor at HEC Paris Business School, stated on Twitter: “The EU Parliament President, as the sole enforcer of ethics rules under the current system, must be exemplary in her behavior.”

He continued, “Yet another story demonstrating a pattern of misdeeds rendering her culturally and politically unfit for the job of resolving Qatargate.”

Roberta Metsola won the election in the first round of voting, where she secured an absolute majority of 458 votes out of 690 ballots cast in a distant, secret vote.

Nicholas Aiossa, of the non-governmental organization Transparency International, applauded Metsola’s and other elected officials’ efforts to disclose gifts and travel expenses, but said they “speak to a broken system.”

“The problem is that rule-breaking is rarely punished,” he explained to AFP. We require ethical guidelines that are codified and not reliant on custom.

Among those implicated in the corruption case is the Greek socialist MEP Eva Kaili, who was one of Metsola’s vice presidents at the time of her December arrest.

The measures announced by Metsola on Monday include restricting former MEPs’ access to the parliament, registering outside individuals who lobby, meet, or speak at the parliament, creating a public registry of gifts and trips received by MEPs, and punishing violations.