Skip to content
Go Home «» News «» World News «» EU accused the U.S. of profiting from the Ukraine conflict by selling gas and weaponry at a higher price. 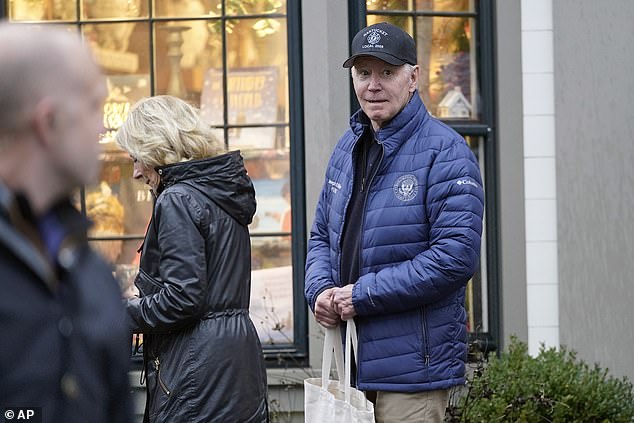 The EU has accused the United States of profiting from the Ukraine conflict by supplying weapons and fuel at inflated costs.

High gas prices and the Inflation Reduction Act’s green subsidies are leaving many Europeans to wonder whether or not the U.S. is still an ally

Several high-ranking Bloc officials accused Joe Biden of profiting from the horrific Russian invasion by increasing the price of imports of essential goods.

One senior source told Politico that, nine months after the initial invasion, America stood to gain the most by the continuation of the conflict.

The official stated, “If you look at it realistically, the country that is benefiting the most from this conflict is the United States since they are selling more gas at greater prices and more weapons.”

In recent months, Europe has weaned itself off Russian energy and gas, turning instead to the United States for oil.

However, EU nations spend about four times as much for petrol as Americans do, and the United States are becoming incredibly competitive due to their cheaper energy.

New investments are intended to inject capital into the US petroleum sector, and some companies are even relocating across the Atlantic.

Europeans have become reliant on U.S. for gas as they leaned away from relying on Russian energy after the start of the Ukraine war, which is still being fought today

It has driven some European global leaders into a frenzy, with French President Emmanuel Macron recently stating that the United States’ treatment of friends is unfriendly.

In the meantime, European nations are experiencing a weapons scarcity as a result of the massive shipments delivered to Ukraine, and they are rushing to refill their stocks throughout the winter.

The cost of providing Ukraine to the United States has risen to more over $19 billion after an additional $400 million was added this week.

It comes at an already tense time for the United States and a number of nations, as Europe deals with the aftermath of Biden’s green subsidies.

EU official: “The Inflation Reduction Act has changed everything.” Is Washington still one of our allies?

As of June 2022, nearly two thirds of gas from the U.S. was going to Europe

On Friday, tensions escalated when EU trade ministers convened and labeled the legislation “discriminatory” before to its implementation in less than a month.

Green subsidies under the Inflation Reduction Act are causing many Europeans to question whether or not the United States is still an ally.

Europeans have become dependent on U.S. gas as they have shifted away from depending on Russian energy since the beginning of the ongoing Ukraine conflict.

As of June 2022, roughly two-thirds of U.S. gas was being exported to Europe.

The price of gas coming from the U.S. is nearly four times what Americans are paying

The IRA offers tax credits to firms and people that acquire “green” items, such as wind turbines and alternative-fuel automobiles.

However, the credits are mostly accessible for American-made items.

According to reports, the IRA caused Brussels to enter a state of ‘full-blown panic,’ with authorities fearful that IRA subsidies were undermining EU exports and jeopardizing European enterprises.

Recently, the government established a task team to examine the impact of the IRA on European nations over the next several months and years.

On Friday, European trade ministers met in Brussels to address the IRA, but no firm solution was reached.

The Czech Republic’s minister, Jozef Sikela, has stated that he wants to reach a settlement before the December 1 meeting of EU trade ministers.

Sikela recently told the Financial Times, “What is crucial to us is that the United States is aware of our concerns, and the task group must figure out a solution that is acceptable to all parties.”

The price of gasoline imported from the United States is approximately four times what Americans spend.

EU officials allegedly addressed Biden about rising gas prices during the G20 conference in Bali, but the American president “seemed uninformed of the matter,” according to a Politico source.

A representative for Biden’s National Security Council told the publication, “Putin’s invasion of Ukraine and energy war against Europe are the sole reason of the surge in gas prices in Europe.”

The representative also stated that the U.S. government is not to responsible for the high gas costs affecting Europeans’ wallets, but rather “private market decisions.”

The official stated that U.S. corporations have been transparent and dependable providers of natural gas to Europe.

As a result of an accident in June that shut down a plant involved in the trade, gasoline exports have also been restricted.

An official from Biden’s National Security Council accuses European consumers of liquefied natural gas for driving up the price of gas.

The NSC official also asserted that EU exporters of liquefied natural gas are to responsible for Europe’s high gas costs.

The increase in global LNG supplies, led by the United States, aided European allies and partners in achieving encouraging storage levels ahead of this winter, and we will continue to work with the EU, its members, and other European nations to ensure adequate supplies are available for winter and beyond, according to an NSC spokesperson.

However, several European authorities claim they do not believe this argument.

Thierry Breton, European Commissioner for the Internal Market, recently remarked, “The United States sells us gas with a multiplier impact of four when it crosses the Atlantic.”

Solvay, a significant international chemical business, announced this week that it will relocate to the United States for fresh investments, a statement that stunned many.

In June, Bloomberg reported that for the first time ever, the United States was exporting the bulk of its natural gas to European nations.

In the first four months of the year, about three-quarters of liquefied gas from the United States was delivered to Europe, according to energy authorities at the time. Additionally, they said that exports to the continent had increased compared to the same period previous year.

As European nations sought to reduce their dependency on Russian oil, the Biden Administration committed early this year to increase gas exports to the continent.

According to the NSC source, this promise was contingent on American suppliers with ‘contract flexibility’ who were able to send more petroleum to Europe, which was subsequently marked up by European corporations.

Some EU officials have asserted that the United States stands to benefit the most from the prolongation of the conflict between Russia and Ukraine.

European nations, which are increasingly reliant on the United States for their gas supply, are concerned about the effects of the $369 billion in green subsidies, given that they are already being squeezed by rising gas costs.

“The Inflation Reduction Act is really worrisome,” said Liesje Schreinemacher, the Dutch minister of trade. The potential economic impact on Europe is substantial.

David Kleimann of the Bruegel think tank in Brussels stated, “The Europeans are visibly irritated by the lack of prior knowledge and consultation.”

One transatlantic trade expert further asserted that the measures are “discriminatory” towards transoceanic partners and friends.

Croatian member of the European Parliament Tonino Picula stated, “The United States is following a domestic agenda that is unfortunately protectionist and discriminatory towards U.S. partners.”

Despite their differences, the nations agreed that the Russian president intended to sow conflict between Europe and its allies, especially the United States.

The nations have urged the United States to consider its partners before continuing a strategy that might harm their businesses and economy.

“Americans – our allies — make decisions that have an economic impact on us,” said Josep Borrell, the EU’s senior diplomat.

Borrell, a member of the Spanish Socialist Workers Party, has in the past garnered international notoriety for his ‘colorful’ words and contentious behavior.

Just one month ago, the ambassador was criticized for calling the world a “jungle” and Europe a “garden” that need protection. Many saw the man’s remarks as racist and xenophobic.

In 2018, Borrell was fined 30,000 Euros for insider trading, and in 2020, he was harshly criticized for lashing out at whistleblowers who published an EU report including false information regarding COVID-19.

In contrast to the United States, China is a responsible and dependable partner, according to the ambassador.

The continuing gas crisis between the U.S. and Europe has bolstered his arguments, despite the fact that many others have not shared his identical viewpoints.

Regarding the commercial relationship with the United States and the ongoing conflict between Ukraine and Russia, one EU official stated, “America must recognize that public opinion is moving in many EU countries.”

“We are truly at a historical crossroads,” they said.

In a statement, President Biden, through an NSC spokesperson, refuted the claims and pleadings of the ally nations, stating, “While we understand that some trading partners have concerns about how the [electric vehicle tax credit] provisions in the IRA will operate in practice with respect to their producers, we are committed to continuing to work with them to better understand and address their concerns.”

There is no zero-sum game here. The IRA will expand the pie for investments in sustainable energy, not divide it, according to the spokeswoman.

The United States hopes that the IRA will lower the nation’s carbon impact.

As the United States strives to transition away from old fuels and emissions, Europeans have become dependent on American exports.

According to Politico, many on the other side of the Atlantic are also getting upset with the United States and its capacity to give Ukraine with weaponry and military aid worth more than $15 billion. This is roughly double the €8 billion in help given by the EU.

Some supplies have been depleted by the battle, and it might take years to replenish them.

The other nations are apprehensive that the United States may grasp the chance to sell additional weapons.

The Pentagon has previously indicated that it is developing a strategy to expedite the sale of military equipment and weapons.

The conflict between Russia and Ukraine began in February, when Russia invaded Ukraine.

The United States has contributed more than $15 billion in military aid and munitions to the ongoing conflict.

In contrast, the EU has provided a total of only €8 billion.

An EU official stated that the United States is being selfish by earning money on both weapons and gas, and that if gas prices were bargained down, hostilities may rise.

The EU official stated, “It is not good optics to create the appearance that your best ally is generating enormous profits off of your issues.”

All nations agreed, however, that the back-and-forth over gas prices, the green subsidy, and the conflict itself is just what Russian President Vladimir Putin desires.

»EU accused the U.S. of profiting from the Ukraine conflict by selling gas and weaponry at a higher price.«