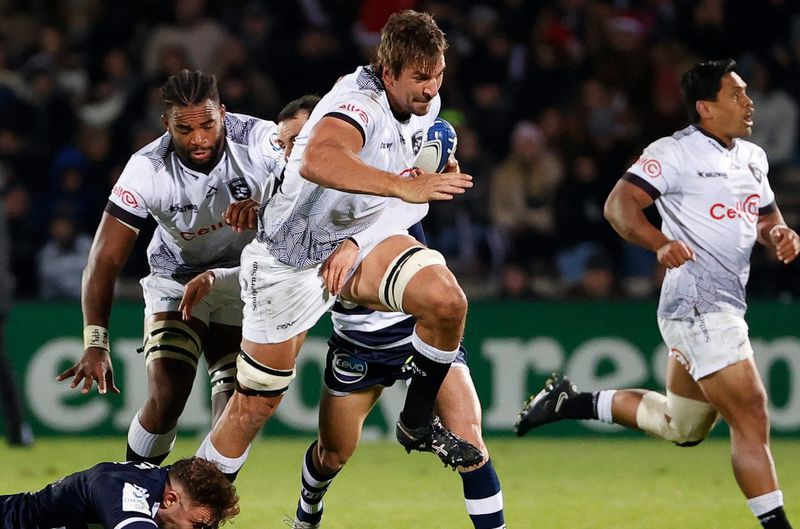 According to Eben Etzebeth, the European Champions Cup is one of the top club rugby competitions in the world.

The Sharks and Springbok lock makes this claim after his franchise team advanced to the quarterfinals in their inaugural Champions Cup campaign.

The Durban-based team was defeated by Harlequins, 39-29, in an exciting Round 4 match on Saturday, but their previous three triumphs earned them a home match against Munster in the Round of 16.

Etzebeth, who scored the Sharks’ third try at Twickenham Stoop, praised the unique atmosphere of the Champions Cup as the three South African teams advancing from the pool stage.

The 110-time Springbok remarked, “I believe this to be the best club competition in the world.” “I have participated in Super Rugby, the French Top 14, and the United Rugby Championship, but I must say that the Champions Cup is something unique and exceptional.

“I believe that all teams aim to prepare their finest players for the Champions Cup weeks, making it a very unique competition to compete in.

There is a whole aura surrounding the Champions Cup, special music, the strongest teams in Europe, and we get to play against new opponents.

When he executed a brilliant play to score a long-range try against Harlequins, Etzebeth demonstrated a profound comprehension and appreciation of one of rugby’s most intricate laws. Observe how he achieved it in the following video.

Brilliantly clever play by Eben Etzebeth; he was bound to nail it at some point and has! #HARvSHA picture: LJNW4usZ6W on Twitter

As Harlequins scrumhalf Danny Care prepared to execute a box kick at the back of a ruck, Joe Marler grabbed a teammate in order to lengthen the ruck and provide the No. 9 with more space to maneuver the aerial bomb.

But Marler made a mess of things when he lost his bind after Sharks hooker Kerron van Vuuren struck the ruck from the front, and Springbok Etzebeth acted within seconds after rapidly assessing the situation.

Timing his run perfectly to avoid being offside, the 31-year-old Etzebeth waited until Marler’s hold was broken before advancing, stealing the ball from Care’s hands, and scoring easily.

Eben Etzebeth is in top form in the Champions Cup.