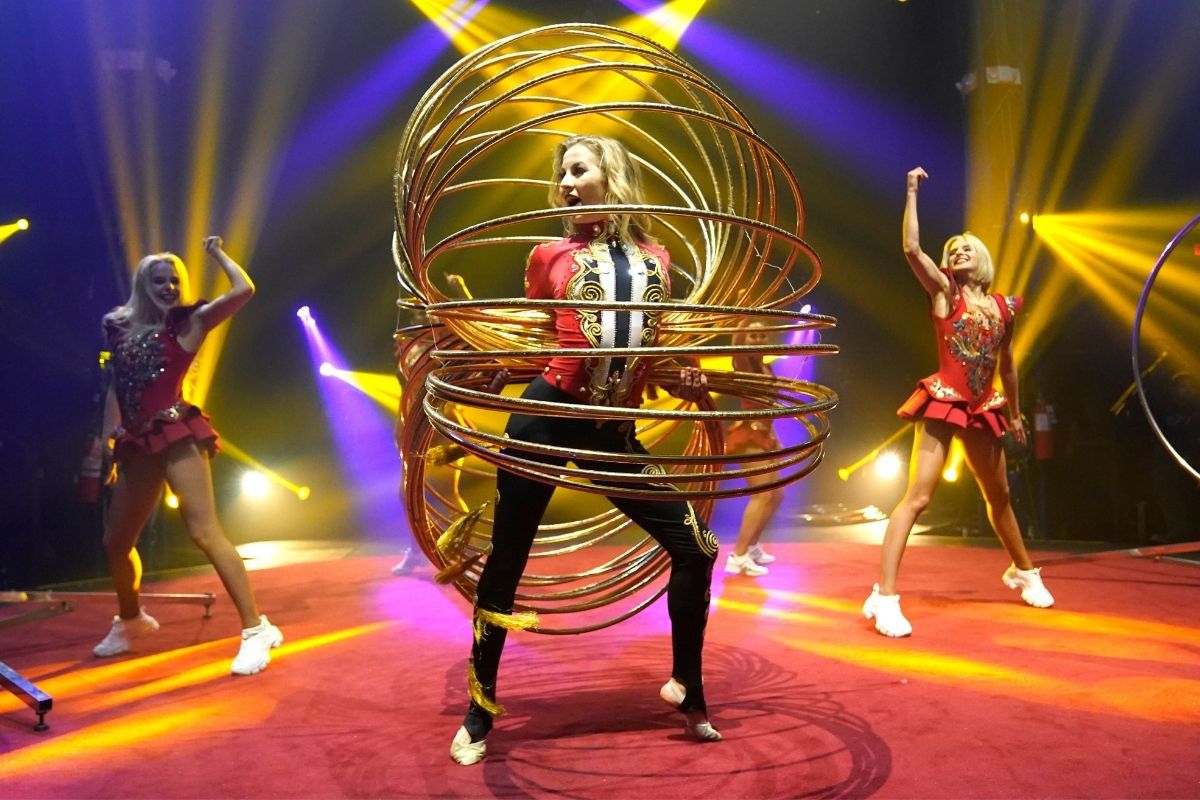 On stage, they dance through hoops and perform acrobatics with smiles on their faces. Off it, they hold anguished phone calls with family back in Ukraine.

“I spent a month without a full night’s sleep. We couldn’t go out to buy food, we were stressed and shaken all the time. It was scary,” recalls Anna Starykh, who left Ukraine after Russia’s invasion in February.

Now the 21-year-old is performing with the Flip circus in the New York City suburb of Yonkers – where she can sleep without being woken by the sound of explosions.

More than 4 500 miles away from Kyiv, in a parking lot near the banks of the Hudson River, Starykh and her friends prepare to perform with colleagues from across Europe and South America.

The stage has become their sanctuary.

“Work really helps (us) to calm down and stay positive,” she tells AFP.

Their concern for their family members back home is palpable though.

“I don’t know in which situation they will be next day, next week, next month. I cry about this,” says 22-year-old Olga Rezekina, who also fled Ukraine after the invasion began and whose parents and brother live in Odessa.

Rezekina and Starykh arrived in the United States with 20-year-old Anastasiia Savych, a Flip circus veteran who had returned to Ukraine with other circus members to renew her visa when Russian tanks crossed the border on 24 February.

All are graduates of the Bingo Circus Theater, a circus academy in Ukraine. Rezekina and Starykh joined Flip to replace two of Savych’s male colleagues, who were mobilized to fight and stayed in Ukraine.

Two other Ukrainian dancers in their troupe fled via Romania and joined up with them in America on 10 March.

They are among more than five million people to have left Ukraine since the invasion, according to UN estimates.

“When I just arrived here, I felt guilty,” says Savych, whose mother convinced her that she would not be able help the family by staying in Ukraine.

Now she waits to hear that the war is over and that “we won,” Savych says.

“I’m 20 years old and want stay young and not speak about the war,” she tells AFP.

UKRAINIANS APPEAR SEVERAL TIMES IN CIRCUS WITH NO ANIMALS

The three friends all have different but similar dreams for the future.

“Live and be safe,” says Starykh, when asked hers. “Travelling around the world,” says Rezekina, while Savych hopes to live permanently in the United States.

Alexa Vazquez, who helps run Flip – the circus was founded by her family in Mexico more than 50 years ago – says it was difficult getting the women out of Ukraine with airports closed.

“To have these girls here with right now safe means a world to us, especially to me, because they are friends, they are family. We can support them in any way possible,” she tells AFP.

The Ukrainians appear several times in the show, in which animals do not perform.

“People come and they want to look at a good show. You can leave your problems backstage,” concludes Rezekina.