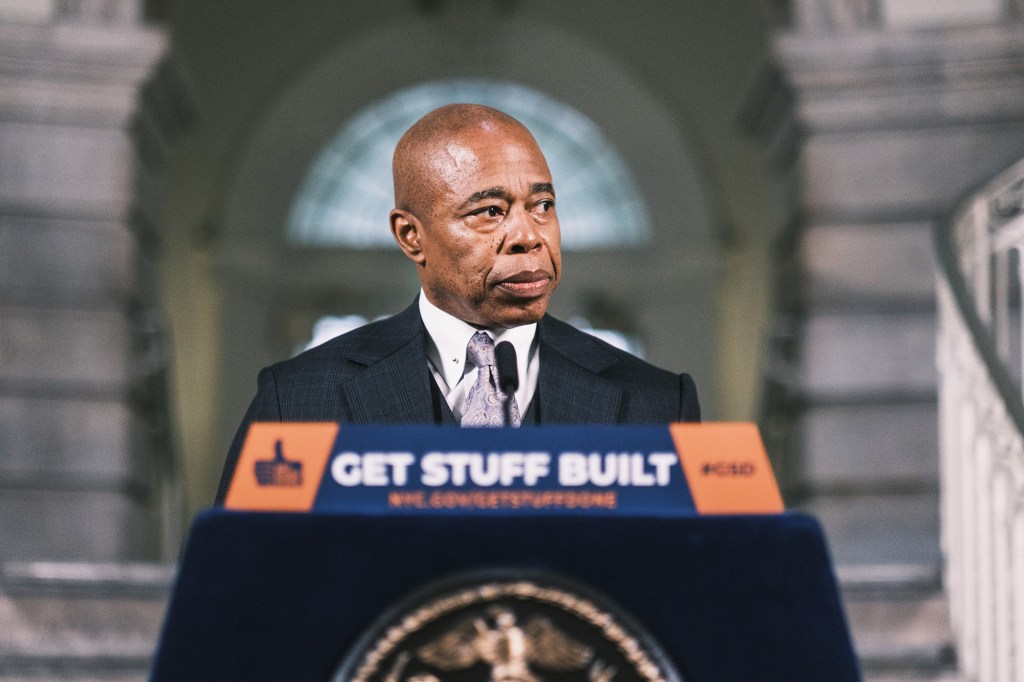 Mayor Eric Adams lent his complete support to embattled state Attorney General Letitia James on Thursday, in the wake of her former aide’s claims that she covered up sexual harassment allegations against a top staffer while fighting for reelection.

In answer to a question from The Post, the mayor stated, “From what I understand, she had an outside company conduct an investigation, and once the result was made public, she turned it over.

“However, I believe Tish is a genuine advocate,” he continued of his fellow Brooklyn Democrat.

James has come under pressure when it was discovered last week that her chief of staff, Ibrahim Khan, had resigned over sexual harassment charges that James concealed in the lead-up to last month’s elections, in which she won re-election.

James refused to engage in a debate with her Republican opponent, Michael Henry, who stated last week that she “spent weeks in hiding” out of fear that the sexual harassment incident she tried so hard to conceal would be exposed.

In a piece published by The New York Times on Wednesday, 33-year-old former James aide Sofia Quintanar said she was among the women whose allegations led to Khan’s departure.

In November 2021, Quintanar said Khan grabbed her and “thrust his tongue down my throat” outside a Brooklyn club.

The Times also reported that Khan was accused of groping and kissing a former coworker of Quintanar’s, citing two individuals with knowledge of the woman’s allegations.

According to reports, Quintanar accused James of concealing the allegations against Khan so that he could resign with his reputation intact. He compared this to James’ sexual harassment investigation that forced former New York Governor Andrew Cuomo to resign in disgrace last year, despite his denial of wrongdoing.

Regarding her complaint, Quintanar stated, “I find it abhorrent how the office handled this in public.”

Henry urged that Gov. Kathy Hochul appoint a special prosecutor to investigate James, but the governor rejected this request on Wednesday, stating, “We must be unambiguous in condemning sexual harassment wherever it occurs. There must be responsibility, and I believe that measures have been taken in that direction.”

Wednesday morning, when The Post encountered James outside her Brooklyn brownstone, she made her first public comments on the controversy, alleging that she covered up the charges against Khan for political gain and defended her decision not to inform the police.

Sofia Quintanar, the accuser, deemed James’ office’s handling of the allegations against Khan to be “appalling.”

She stated, “We’re safeguarding the rights of individuals, and it’s important to note that this was a private investigation, distinct from the investigation we conducted into the previous governor, which was a government investigation and a valid inquiry based on a referral.”

However, she then stated on NY1 that she “would evaluate the potential of a referral” for a criminal investigation of Khan.

James also stated that she was “outraged” and “very disappointed” by Khan’s alleged conduct, adding, “There is absolutely no justification for his behavior. “absolutely none”

Fran Hoffinger, Khan’s attorney, stated to the Times, “We dispute claims of misconduct and will not litigate this matter in the press.”