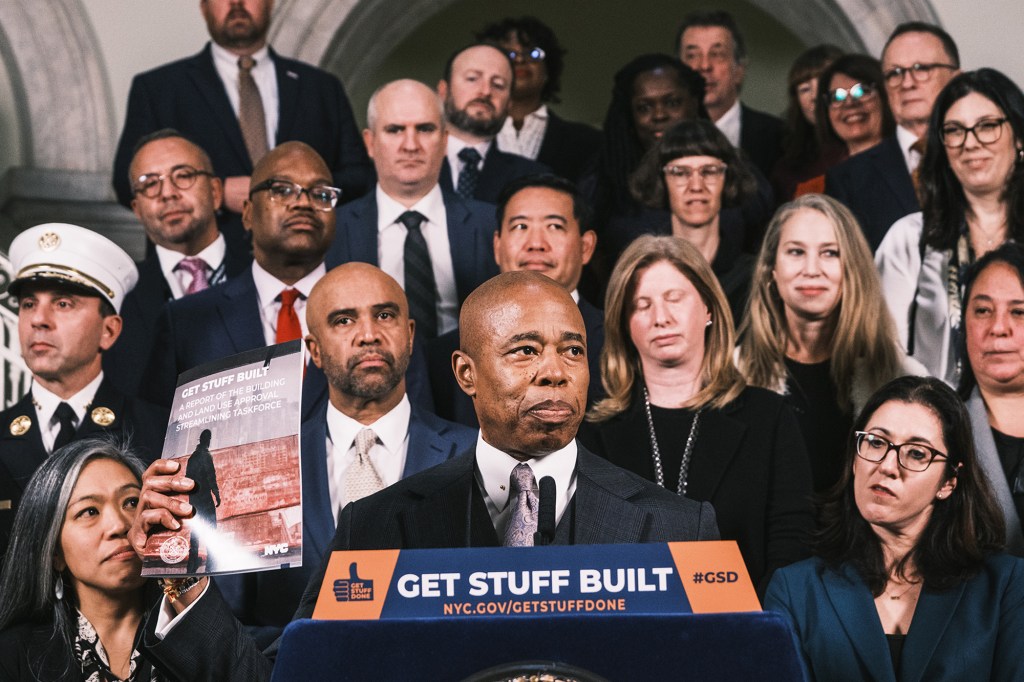 In a speech reminiscent of President John F. Kennedy’s 1961 “man on the moon” pledge, New York City Mayor Eric Adams declared Thursday that the city must double the number of apartments it constructs in order to alleviate a decades-long housing problem that has caused rents to soar.

Adams promised in the remarkable statement — his most specific housing proposal in the nearly year he’s been in office — that his administration will reduce paperwork and expedite the approval process with the aim of reducing rents within a decade by significantly boosting the housing stock.

Adams stated in a speech at City Hall, “We require more housing as quickly as it can be constructed.” This includes inexpensive housing for working families, apartments for young adults, and aging-in-place facilities.

He added, “It’s not complicated: we have more people than homes.” This shortfall provides landlords the ability to demand whatever prices they want and leaves too many New Yorkers homeless.

Adams stated that New York City should seek to construct 500,000 new homes and apartments over the next decade, which is more than twice the 169,000 units created in the 2010s and 198,000 units developed in the 2000s, according to a comprehensive analysis from the Department of City Planning from 2021.

New York City should try to construct 500,000 new homes and apartments over the next decade, according to Mayor Eric Adams.

It would be the biggest number of units created in a single decade since the 1960s, when 369,000 units were constructed, before the city’s present years-long approval procedure for zoning amendments and the end of the Mitchell Lama program.

The plethora of suggestions seeks to reduce the paperwork and approvals required for new housing developments and to expedite the issue of building licenses, all with the aim of constructing an additional 50,000 apartments and homes within the next decade.

The most notable modifications include:

The administration, according to Mayor Adams, would reduce housing paperwork and expedite the approval procedure.

Stephen YangAdams also committed his administration to supporting major new housing developments in The Bronx next to four new MetroNorth stations, as well as rezoning portions of Brooklyn along Atlantic Avenue near the border of Crown Heights and Bedford Stuyvesant that are currently home to warehouses and industrial businesses.

Even with the modifications, the city would fall well short of the mayor’s “moonshot” aim.

This summer, the typical rent in Manhattan skyrocketed to a staggering $4,100 per month, up from $3,255 during the same time period in 2021.