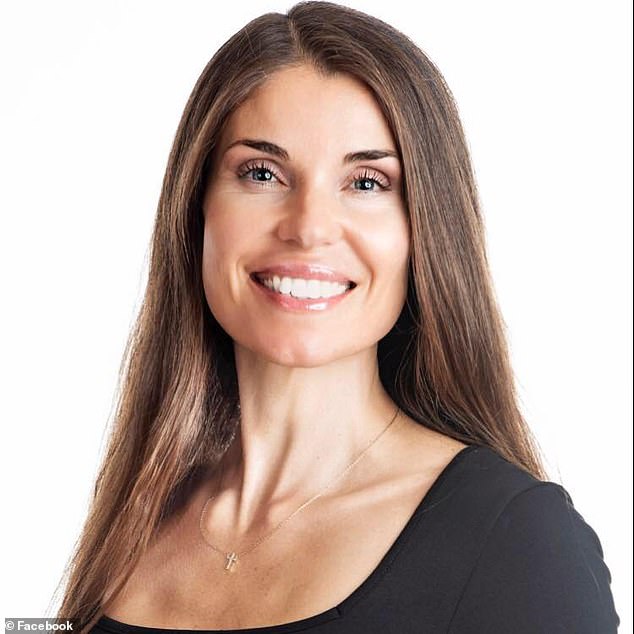 A lady who claimed to be one of the numerous victims of the late pedophile Jeffrey Epstein describes the conditions she was forced to endure in his Upper East Side residence, which she likens to a ‘holding facility.’

Teresa Helm, 42, stated that she spent a night in the East 66th Street apartment in 2002, when she was 22 and was molested by the affluent pedophile, which a lawsuit showed was where he kept girls as young as 13 years old.

Helm reported receiving a gift basket of cookies and fresh fruit, which made her feel’special.’

She stated, “I recall the flat well.” There was Dannon yogurt in the refrigerator and a fruit tray with cookies on the counter.’

Helm remarked that she expected she would be staying in a hotel rather than the residences for models mentioned in the renowned Epstein black book.

The condo is mostly owned by Mark Epstein and his company, Ossa Properties.

Helm told The Mirror, “they brought girls there to stay while they were being trafficked. They needed a place for the girls to remain.”

Prior to entering the residence, she claimed to have met both Epstein and his “right-hand woman,” Ghislaine Maxwell.

The victim travelled cross-country to New York City in order to interview with Maxwell for the position of “private massage therapist.”

She claimed she was asked to give Maxwell a massage and was told by the socialite, upon meeting Epstein, to give him what he wants because he always gets what he wants.

The next stop, according to Helm, was Epstein’s home, which she described as a “castle,” where she was lured into his office and sexually assaulted.

She recalls, “When I was let in, Jeffrey directed me to his office. The moment we entered the room, he requested a foot massage and placed his foot on my leg. I began massaging his feet, and he progressively pressed his foot against my body until it was literally pressing against me.

Epstein then grabbed Helm from behind as she attempted to leave, grabbed her chin, and stated, “I know I can always rely on a woman whose smile reveals her gums.”

She claims she then froze and was assaulted in the hallway by Epstein, adding, “Don’t do anything I wouldn’t do.”

Helm departed after a night and flew home the following day, but she mentioned that she rode to the airport with another ‘young girl’ who she believes was also a victim.

She was a member of a group of Epstein’s victims who agreed to drop their lawsuit against his estate in exchange for a portion of a compensation fund.

Between 1994 and 1997, Maxwell, who is now 60 years old, was found guilty of recruiting and trafficking underage girls for the disgraced financier.

She was sentenced to 20 years in prison after telling the court that meeting Jeffrey Epstein was her “greatest regret in life” and apologizing to her victims “for the pain you have endured.”

During Maxwell’s trial, her victims described how, upon entering the house, they would ascend to the bathroom and receive sexual massages from Epstein on a green, foldable massage table.

Maxwell’s attorney, Bobbi Sternheim, stated outside the courthouse following the sentencing, ‘Our client Ghislaine Maxwell has been vilified, pilloried, and given little opportunity to be treated fairly. Because she had already been tried and convicted in the court of public opinion even before she entered this courthouse.

During Maxwell’s weeks-long trial, four women testified against her: a victim known as “Jane,” Annie Farmer, Kate, and a woman named Carolyn.

Over the course of three weeks, the jury heard testimony about how Maxwell’served up’ underage females for Epstein and delighted in her role as ‘Lady of the House’ in his Palm Beach, Florida house.

Maxwell was Epstein’s ‘right hand’ from 1994 to 2004 and paid $200 for sexualized massages or participated in the abuse.

The jury was told that the victims, some as young as 14, were given the same amount of money if they brought friends to Epstein.

The exact number of Epstein’s victims may never be known, but the fund established to compensate them paid $121 million to 150 women worldwide.

The majority of victim impact statements were revealed prior to Maxwell’s punishment, and they were scathing in their criticism of him.

Epstein was discovered in cardiac arrest soon before 7am on August 10, 2019 at the Metropolitan Correctional Center in lower Manhattan. He had hanged himself.