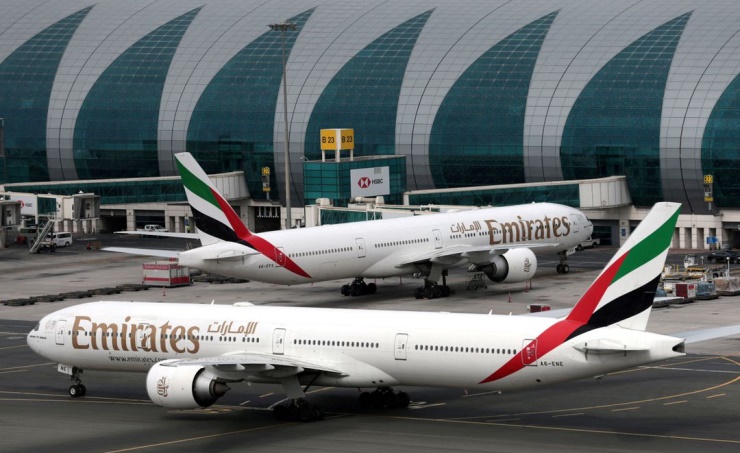 Dubai’s Emirates airline posted an annual loss of $1.1 billion, a sharp improvement on the $5.5 billion loss in the previous year, as demand for international travel was boosted by governments easing pandemic-related curbs.

The airline, which operates international services, reported a 91% jump in revenue to $16.1 billion for the year ended March 31 as passenger numbers tripled to 19.6 million, Reuters reports.

“Business recovery picked up pace particularly in the second half of the year,” Chairman and Chief Executive Officer Shaikh Ahmed bin Saeed Al Maktoum said in a statement.

The state-owned airline said it filled 58.6% of seats flown, up from 44.3% a year earlier, while the number of destinations it served increased from 120 at the start of the financial year to more than 140 as of March 31.

It was the airline’s second consecutive annual loss and only the fourth in its almost 40-year operational history.

Emirates has forecast a return to profitability this financial year, while Chairman Shaikh Ahmed said on Friday the Emirates Group, which includes the airline, would too.

“This year, we focussed on restoring our operations quickly and safely wherever pandemic-related restrictions eased across our markets,” said Sheikh Ahmed, while cautioning the Group was closely tracking the impact of high fuel prices and inflation.

Chief Operating Officer Adel Al Redha warned this week that while Emirates was managing high fuel prices and inflation, the current oil price was not sustainable for airlines.

He said airfares would increase, though airlines would have to absorb some costs so as not to stifle the rebound in travel.

Emirates Group reported a $1 billion loss for the year, with revenue rising 86% to $18.1 billion. The Group’s global airport and travel services business dnata made a $30 million profit.

Shaikh Ahmed said this week he hoped the airline would after the current financial year be able to start paying back the 15 billion dirhams ($4.1 billion) it received from the Dubai government during the pandemic.