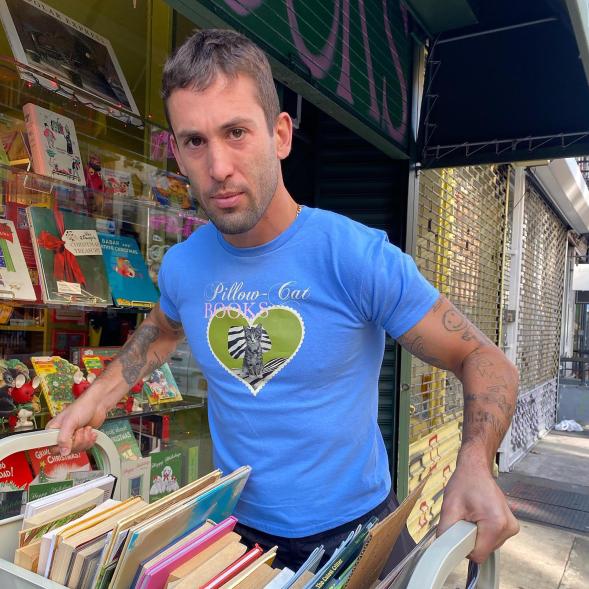 She is exploring her options.

Emily Ratajkowski continues to heat up the dating scene in New York City with yet another suitor.

Following a date night on Wednesday, the model, age 31, was photographed kissing artist Jack Greer in front of her apartment by the Daily Mail.

In the photographs, the couple is depicted tightly embracing one another while sharing a passionate kiss.

For the outing, Ratajkowski chose a casual ensemble consisting of a red puffer coat, a pair of jeans, and Nike sneakers.

In addition to the PDA, Ratajkowski’s demeanor suggested she was enjoying herself with the photographer.

The author of “My Body” was observed smiling multiple times while conversing with her new partner.

This week, Ratajkowski disclosed on her podcast “High Low” that she uses a dating app, but it is unknown if that is how she met Greer.

During Thursday’s show, the podcast host told her audience, “F–k it.” “I felt defiant because so many people advised me not to purchase it.”

After four years of marriage, she filed for divorce from her spouse Sebastian Bear-McClard in September.

The ex-couple has a 1-year-old son named Sylvester.

Ratajkowski’s representative did not immediately respond to a request for comment from Page Six regarding the actress’ sighting with Greer.