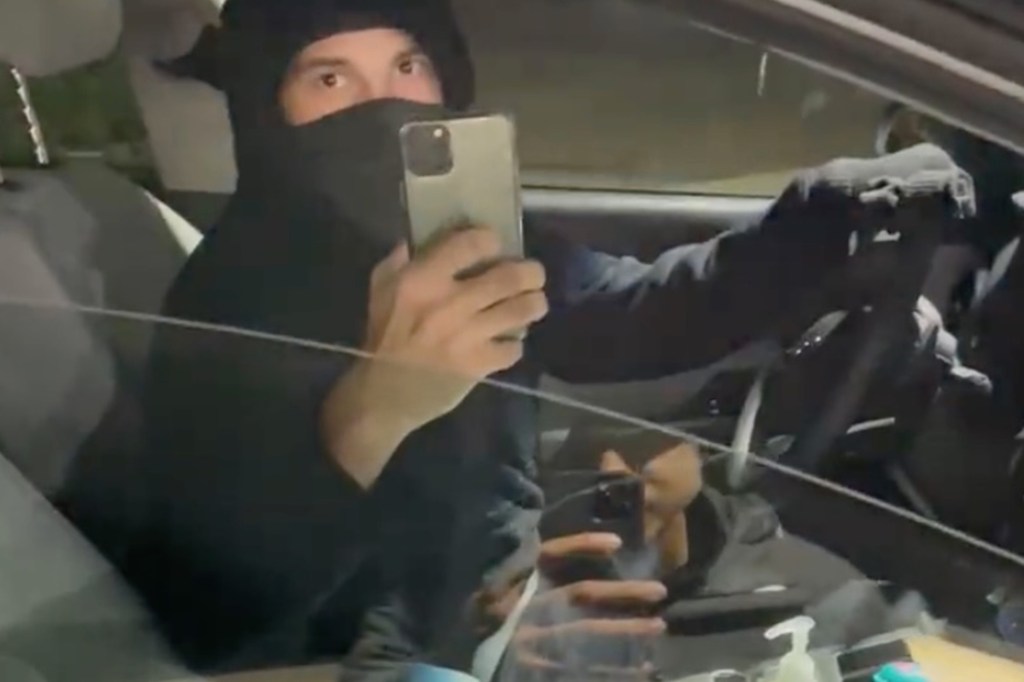 Elon Musk tweeted a video of a “crazy stalker” who allegedly followed a car carrying the Twitter owner’s 2-year-old son in Los Angeles and then “climbed” on top of the vehicle.

Musk uploaded a video of an unnamed individual wearing a black hood and a mask over his mouth while driving a white Hyundai on Wednesday night. As he drove up behind the vehicle transporting little X A-Xii, the driver took out his phone and appeared to capture the interaction.

The 11-second film tweeted by Musk then focused on the registration plate of the accused stalker. The collision, which reportedly occurred on Tuesday, occurred without Musk in the vehicle.

“Last night, the car carrying little X in Los Angeles was pursued by a psychotic stalker (thinking it was me) who eventually obstructed the car’s movement and climbed atop the hood,” Musk tweeted.

Anyone identify this individual or vehicle? Musk added.

When a Twitter user asked whether the man in the video was the same individual who had supposedly climbed atop the car’s hood, Musk responded, “Yes.”

A spokeswoman for the Los Angeles Police Department told CNET that they could not confirm whether a report had been filed without more information regarding the location of the purported confrontation.

Musk has two children with his ex-partner, the artist Grimes. X A-Xii is one of them. The billionaire is the father of ten children.

Musk tweeted photographs of “X” visiting Twitter’s offices in San Francisco earlier this month. He also uploaded a photo of the toddler’s “work credential” on Twitter.

The billionaire shared the distressing video while stating that Twitter will suspend “any account doxxing real-time location information” since doing so constitutes a “violation of physical safety.”

A slightly delayed posting of a traveler’s locations does not pose a safety risk and is therefore acceptable.

Musk had previously stated that he would not delete the account due to his dedication to free expression, despite the fact that it posed a “clear risk to his personal safety.” In an interview with The Post on Wednesday, Sweeney lambasted Musk as a “complete hypocrite” over the suspension.

Musk claimed he intends to sue Sweeney for the account.

Musk stated that legal action is being pursued against Sweeney and groups that advocated harm to his family.