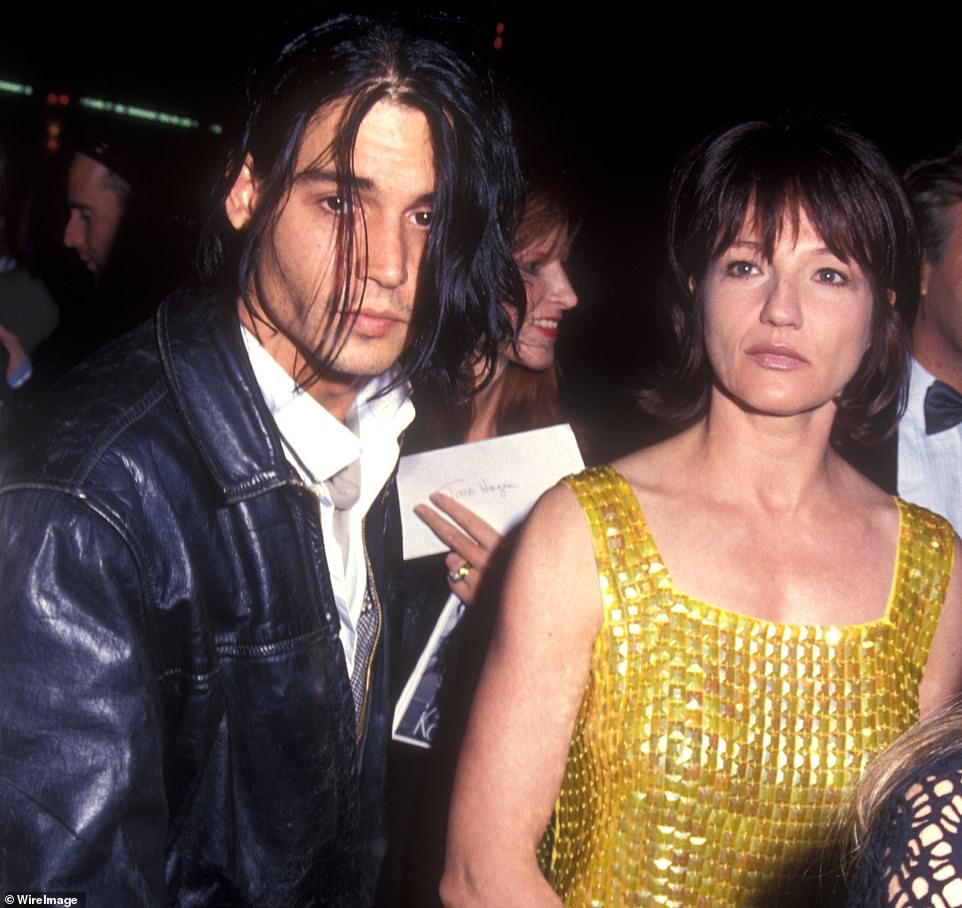 Actress Ellen Barkin told Johnny Depp’s defamation trial that he once threw a bottle of wine at her and called him a ‘controlling, jealous man.’

Barkin, 68, said she met Depp around 1990 and developed a friendship that lasted 10 years, including starring together in the film Fear and Loathing in Las Vegas.

Asked if their relationship became ‘romantic,’ Barkin said with a smile that it happened around 1994 when she ‘moved to Hollywood and he switched the buttons.’

Barkin said that the friendship went from a ‘purely platonic friendship to romantic,’ then asked to correct the record and said: ‘Can you change that to sexual? Thank you.’

According to Barkin, the relationship lasted several months and she would go to Depp’s house or he would come to hers three or four times a week.

Barkin, speaking in a pre taped deposition, said that she was ‘always aware’ that Depp drank too much.

She said: ‘He was drunk all the, most, a lot of the time’ and that Depp was a red wine drinker. She saw him using cocaine, marijuana and hallucinogenic drugs, once telling her he was ‘tripping.’

Asked how many times this happened, she said: ‘I couldn’t even tell you. He was always drinking or smoking a joint.’

Actress Ellen Barkin told Johnny Depp’s defamation trial that he once threw a bottle of wine at her and called him a ‘controlling, jealous man’