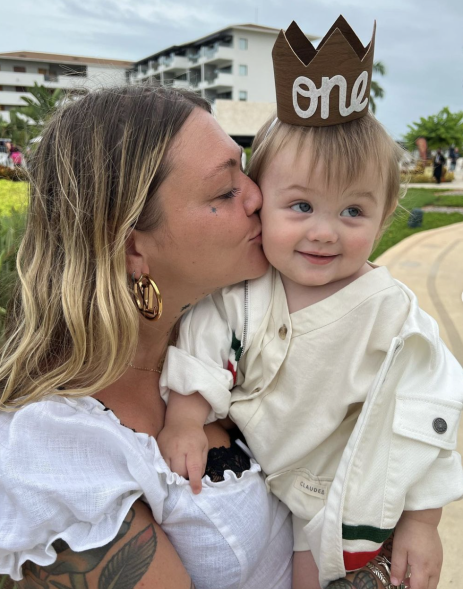 Elle King, a musician, described the fall that left her with a concussion and amnesia.

The “Ex’s and Oh’s” singer was forced to cancel her performances last month when she fell down the stairs.

She told Entertainment Tonight, “I can laugh now because I’m feeling so much better, but it was a pretty emotional situation.”

King stated the event occurred when she was on her way to prepare a bottle of milk for her 16-month-old son Lucky Levi.

She recalled, “I slid and knocked myself senseless.” They reported that I had amnesia and post-concussion syndrome.

Elle King stated that she was on her way to prepare a bottle of milk for her baby Lucky Levi in the middle of the night when she slipped and lost consciousness.

Elle King and her fiance Dan Tooker are the parents of a son, who was born in September 2021.

She exclaimed, “What I love about Nashville is the community that I haven’t had in any of the previous locations I’ve lived in, even though I’ve had a lot of friends.”

There’s something beautiful about this place, and my friends and music family, who all rallied around me, were so supportive, and helped me with the baby.

After enduring two miscarriages, King and her fiancé Dan Tooker gave birth to a son in September 2021.

King claims that her difficult path to motherhood has made her a better person.

“Motherhood has made me a kinder and stronger individual who strives to be… “I’m still working on being less reactive, but I’m happy,” she told People in October, adding that the experience “will f—ing humble your arse.”