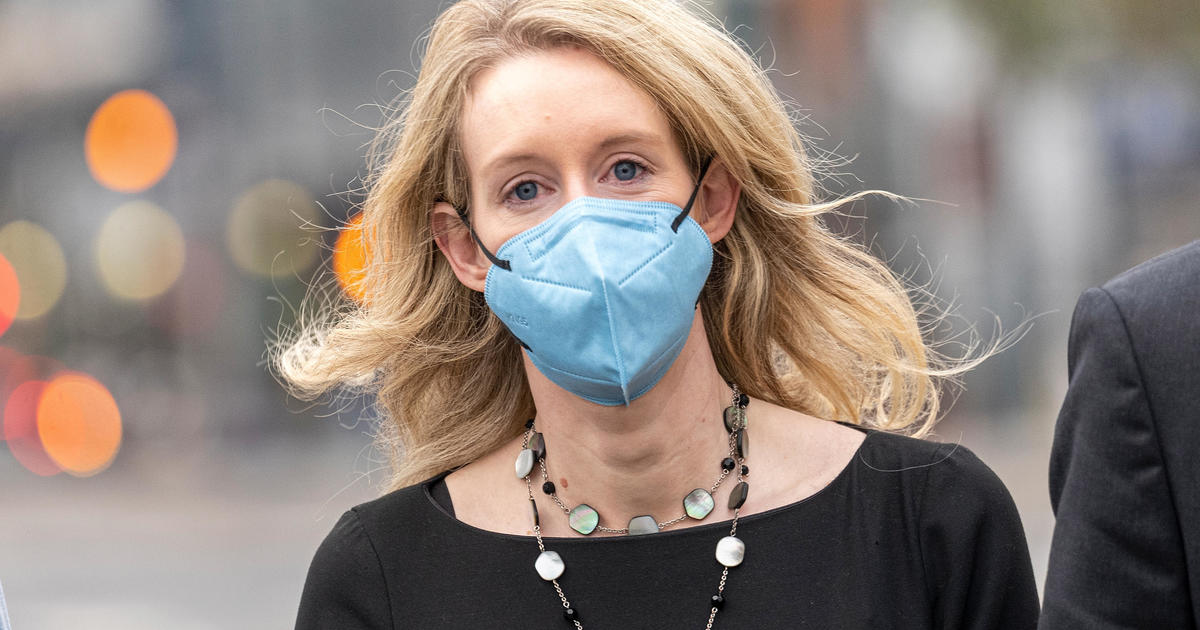 In an 82-page document filed late Thursday night, Holmes’ attorneys attempted to persuade U.S. District Judge Edward Davila that sending Holmes to prison is unnecessary, in part because she has already been stigmatized by media coverage that has turned her into a “caricature to be mocked and vilified.”

If Davila decides to send Holmes to jail, her attorneys claimed she should be sentenced to no more than 18 months — a fraction of the maximum of 20 years she faces after being convicted this year on four felony counts of investment fraud and conspiracy.

“We recognize that this may appear to be a difficult order given the public’s opinion of this case, particularly since Ms. Holmes is perceived as a caricature and not a person,” the brief stated.

When they submit their own sentencing recommendations prior to Holmes’ sentencing on November 18, prosecutors are expected to request a substantially harsher punishment. Holmes, 38, will be sentenced in the same courtroom in San Jose, California where her high-profile trial shed a bright light on Silicon Valley’s predilection for exaggeration and arrogance.

Holmes, who founded Theranos at the age of 19, raised nearly $1 billion from investors who were duped by what turned out to be false claims.

Holmes was hailed as a visionary while promoting a small device that, with a few drops of blood from a finger prick, was intended to detect hundreds of diseases and other potential health concerns. The tests conducted by Theranos yielded radically inaccurate results, which Holmes attempted to conceal until the media and regulatory audits exposed the issues.

Although Holmes’ charges were restricted to approximately $140 million in Theranos assets, legal experts think the size of these losses makes it unlikely that she will be granted a relatively short jail sentence or home confinement.

The Associated Press was advised by two former federal prosecutors, Duncan Levin and Amanda Kramer, that Holmes is likely to receive a sentence of nine to seventeen years, although Davila has the discretion to be more merciful.

“There is an argument to be made, particularly in white collar instances, that a lengthy prison sentence is not necessary to discourage people who have never been incarcerated,” Kramer said.

In the memo to Davila, Holmes’ attorney repeatedly emphasized this issue. The filing said, “Ms. Holmes poses no risk to the public.” She has no criminal past, a flawless compliance record with pretrial services, and is consistently praised by those who know her as a kind and compassionate person who strives to do the right thing.

Mother to a 1-year-old

The motion also mentioned the fact that she had a one-year-old son with her current partner, William “Billy” Evans, soon before last year’s trial began. Former Theranos lab director Adam Rosendorff, a key prosecution witness in that trial, stated that he knew Holmes was pregnant when he was called back to court last month to provide further sworn testimony in Holmes’ unsuccessful bid for a new trial.

After the October 17 hearing, neither Holmes nor Evans responded when asked if she was pregnant again, and pregnancy was not addressed in the sentencing document.

Evans was one of almost 130 individuals who wrote letters to Davila praising Holmes’ qualities. Sen. Cory Booker, a New Jersey Democrat, hailed Holmes as a friend who “clings to the hope that she can contribute to the lives of others and, despite her faults, make the world a better place.”

In their brief, Holmes’ attorneys also highlighted some of her past trauma, reiterating her testimony that she was assaulted while she was a Stanford student. Holmes then testified that she underwent years of emotional and sexual abuse that affected her decision-making while in a love connection with Ramesh “Sunny” Balwani, who was also Theranos’ chief operating officer.

In July, Balwani, age 57, was found guilty on 12 charges of investor and patient fraud following separate trials. His sentencing is slated for December 7. His attorneys have refuted Holmes’ allegations of abuse.

The records also suggested that Holmes was unfairly picked out by a federal government eager to crack down on Silicon Valley excesses, indicating part of the reason may have been because she became a successful woman in a technology field that has been dominated by men. Although she formerly was worth $4.5 billion based on the value of her interest in privately owned Theranos, the lawyers underlined she never sold any shares in the company and now has limited future possibilities.

According to the complaint, “Ms. Holmes will never be able to seek another job or make a new acquaintance without the negative caricature operating as a barrier.”