Skip to content
Home » News » News » Elderly woman, 92, forced to wait outside hospital for hours after a fall over a Covid test bungle 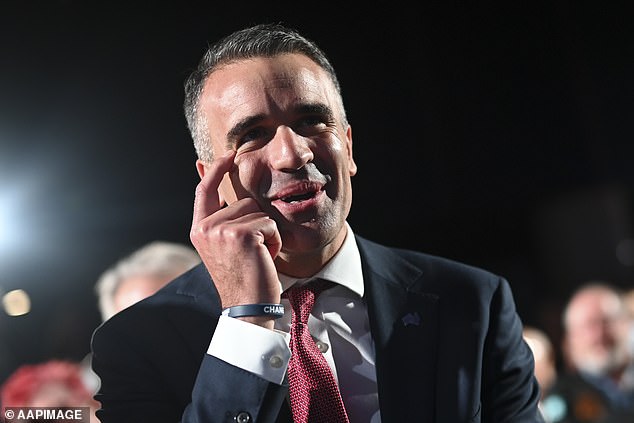 A 92-year-old woman had to wait outside a major hospital for two hours during cold weather, while others were forced to ‘lie on the freezing ground’.

Maureen Wortley had a fall just before Mother’s Day dinner and her family called for an ambulance.

An hour later, when no ambulance had arrived, the family called back and were told it would not arrive until 4 or 5am.

So the family drove her to Lyell McEwin Hospital in Adelaide, where Ms Wortley was forced to wait outside after completing a rapid antigen test for Covid-19.

Scott Heida, a diabetic man with Covid and lung issues was one of many others waiting in the cold for hours at the hospital’s emergency department.

His wife Jess said he had to ‘lie on the freezing cold floor’ for more than two hours from about 8pm on Sunday, the Advertiser reported.

Ms Wortley’s daughter-in-law Lili Csongrady posted a photo of the frail woman waiting in the cold under a Facebook post by SA Premier Peter Malinauskas about Mother’s Day.

‘This photo was sent to me just now outside the hospital under a carport/triage at 12 degrees Celsius, as there is no room inside to wait for medical help,’ she wrote.

‘This is the real pandemic. This is another total bureaucratic failure of the system and there is zero excuse.’

Ms Csongrady told ABC Radio Adelaide that Ms Wortley — who is the aunt of state Labor MP Russell Wortley — waited for two hours outside because of confusion over whether she had done a RAT and what the results were.

‘She had already received her rapid test as soon as she arrived and then was left there to wait there for two hours,’ she said.

She said intern nurses kept coming up not realising she had already done a test and telling her she needed to have one.

‘I don’t know if this is a function of ramping from what I’ve been able to establish this morning, but let me just be clear from the outset to both Lili and her mother-in-law, Ms Wortley, that this is not consistent with the standard that we expect in a first world country,’ he said.

Mr Malinauskas said a $58 million upgrade promised for the hospital in 2017 by the previous Labor government had not been completed.

Ms Wortley is still in hospital waiting for x-ray results.

Ms Heida called for an ambulance for her husband on Sunday night but was told they were too busy, and ‘it would be quicker if he could get there himself’.

As she also has Covid, she was not able to take her husband to the hospital, so another family member has to do so.

‘I get this place is busy but come on … to make them wait outside in the freezing cold is absolutely ridiculous,’ she said.

‘Since he was able to get in he’s being treated but it’s not fair to allow sick people to wait in the freezing cold weather without any blankets or beds.’