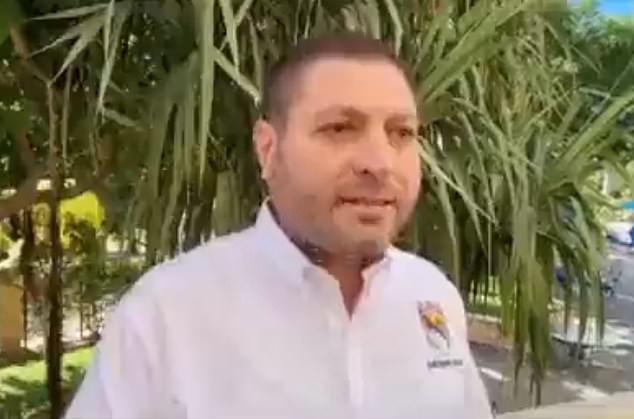 The mayor of the city where Joaqun “El Chapo” Guzmán was born has plans for a new museum that will include tribute displays to some of Mexico’s most infamous drug lords.

The mayor of Badiraguato, José Luis López Elenes, said that while the museum’s objective is to promote tourism in the city’s western region of Mexico, it is hard to ignore El Chapo and his turbulent background.

We cannot ignore our past, López Elenes said on Tuesday to the neighborhood newspaper Noticiero Altavoz. We must acknowledge that, and we will proceed accordingly. We may be able to establish a museum dedicated to drug trafficking.

The new museum, which is a component of an economic rehabilitation strategy, officially broke ground in May.

The museum is expected to be finished in December thanks to funding set aside by the Sinaloa state government of around $730,000.

The structure stands on top of a hill and has columns at the entrance. The area will be 116 square meters, with a 22-foot ceiling.

According to local media, the museum will display pictures and other artifacts belonging to native sons of Badiraguato who contributed to the development of the international drug trafficking industry.

Juan José “El Azul” Esparragoza, Rafael Caro Quintero, and Miguel ngel Félix Gallardo all had a significant impact on the development of the Guadalajara Cartel in the 1970s.

The Boss of the Bosses and The Godfather, Gallardo, was imprisoned for the abduction and murder of DEA agent Kiki Camarena in 1985.

The 76-year-old was given a 40-year jail term in 1989 by a judge for offenses including racketeering, possessing a handgun, and bribery. But it wasn’t until 2017 that a judge sentenced him to 37 years in prison after finding him guilty of killing the special agent.

Due of his bad health, a federal judge in Mexico authorized in September that Gallardo spend the remainder of his term within the walls of his home.

After almost ten years on the lam, Caro Quintero was caught in July. The 69-year-old is also charged with Camarena’s murder and kidnapping.

After serving 28 years in jail, he was finally freed in August 2013 after a judge reversed the 40-year sentence he had received for the murder of Camarena, which was a low moment in US-Mexico relations. Five days after he was released from prison, the Supreme Court affirmed the sentence.

El Chapo was a member of the Guadalajara drug trafficking organization before to leaving with El Azul and Ismael “El Mayo” Zambada to create the Sinaloa Cartel.

El Azul passed away from what is believed to have been a heart attack after surviving a vehicle accident in 2014, while El Chapo is now serving a life sentence in the United States.

To “overcome this stigma of drug trafficking by driving economic growth to benefit the community,” Mayor López Elenes thinks the museum will contribute.