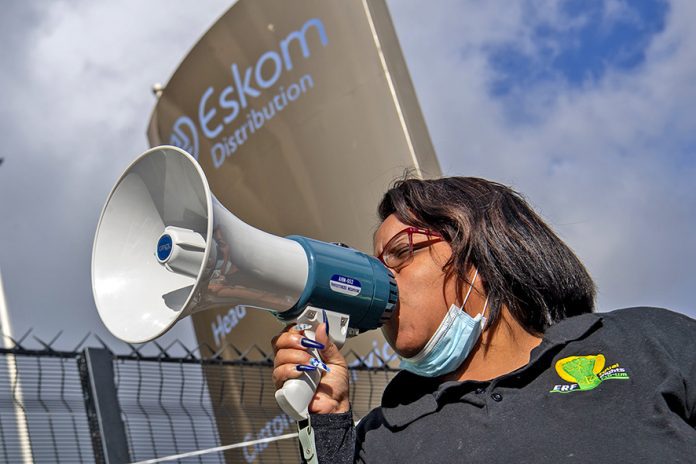 The National Energy Regulator of SA (Nersa) should deny Eskom’s request for an increase, the EFF said on Thursday, arguing that raising energy rates will simply harm the poor.

The cash-strapped state-owned utility requested a 32% price rise in November 2022 when it presented its sixth multi-year determination revenue proposal to Nersa. The agency has stated that it will make its judgment public on Thursday afternoon following extensive considerations.

Cash-strapped customers would face more pressure to pay their energy bills if the increase is approved, as a result of rolling power outages that have subsequently been upgraded to stage 6 and will never end.

Sinawo Thambo, an EFF spokesman, said Nersa should “vehemently” reject Eskom’s request for a raise, emphasizing that the ANC, which has broken its promises, is to responsible for the difficulties Eskom is facing rather than South Africans.

Therefore, Thambo added, “We ask upon it [Nersa] to carry out its mandated functions and reject the 32% price rise proposal brought out by Eskom.”

“The ANC, its mismanagement, and corruption, which have gone unchecked for decades, are to blame for the massive issues with Eskom as a power company, not the majority of our country’s impoverished population.

“The corruption includes cartels that steal coal and fuel, as well as shady business relationships with dishonest and subpar service providers. It is unethical, immoral, and unjust to penalize the poor and common population for this widespread corruption.

Thambo further asserted that South Africans are paying for an unguaranteed service since energy rates have climbed by more than 750% over the last 10 years yet load shedding has continued.

“Since consumers already pay high power costs, it is questionable if Nersa is really as autonomous as it promises to be.

These price increases coincide with ongoing rolling blackouts that last at least six hours a day in many regions of South Africa, with circumstances being worse in disadvantaged areas.

Blackouts cause an increase in crime, hospitals struggle to keep patients alive, and learners and students are forced to study with candles, among other problems.

The proposed price increase, according to Thambo, is a “deliberate act” of denying South Africans access to electricity because it will be too expensive for them to afford. He also said Eskom shouldn’t be using South Africans as “fundraising pawns” for the billions of rands it mismanaged and lost through corruption.

“Eskom must create a state green energy business in addition to other initiatives to augment energy production. The organization should stop delegating energy obligations to private companies like independent power producers since they’ve taken efforts to deny access to electricity and keep the bulk of our population in permanent darkness.

“The power price rise should be refused,” he said, “if there is any inch and ounce of independence remaining inside Nersa, which is free from the rule of the crooked politicians and the privileged few. We are awaiting a declaration and ruling that will indicate the denial.