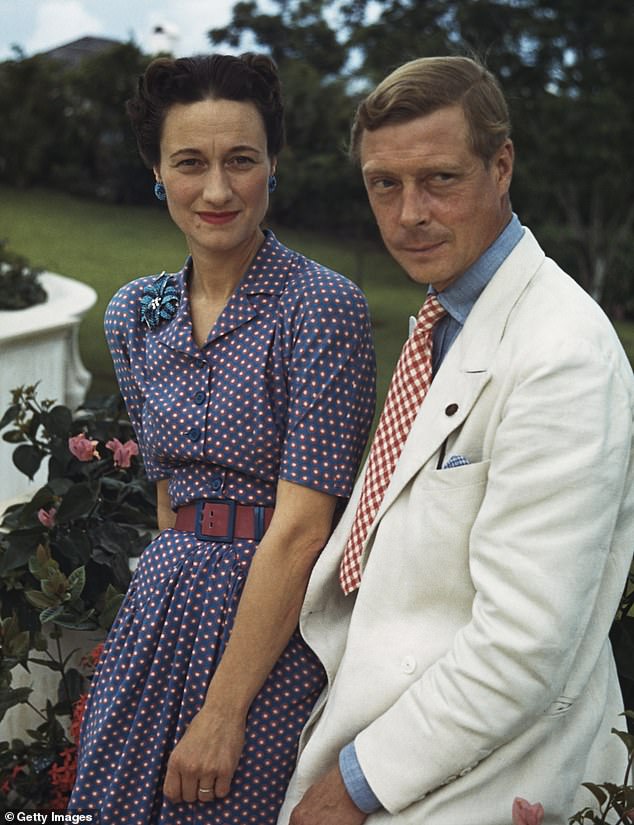 In what experts refer to as “a mirror of today’s Royal Family,” King Edward VIII’s letters to a royal admirer accusing Britain of attempting to “humiliate and defame” him and Wallis Simpson are expected to sell for £500 at auction.

When the controversial king abdicated the throne in 1936 to wed the American divorcee, he triggered a constitutional crisis.

The incidents led to a significant and protracted schism between Edward and his younger brother and successor George VI, who had served as the heir’s “spare.”

Later, Edward and Wallis relocated to France and resided in an opulent and ancient home in Paris.

In a series of letters written throughout his travels across the globe in the months after his abdication, Edward, who was then the Duke of Windsor, voiced his displeasure to ardent supporter Lillian Boraston.

Mrs. Boraston, a resident of Surrey and ardent supporter of the royal family, often sent letters and poetry to Edward.

All of her communication with the Duke was safely stored in a box of family documents that was only recently uncovered and is now being sold at auction by a granddaughter.

The most informative letter exposes Edward’s feeling of betrayal after his contentious trip to Nazi Germany and before his trip to the US.

The Duke received a poem from Mrs. Boraston along with her wishes that he was not missing home too much.

His private secretary replied in September 1937: “I am requested by the Duke of Windsor to acknowledge your letter of August 30th.

“His Royal Highness thanks you for the poetry and your warm words, but he also requests me to tell you that the rumor that He is homesick is completely untrue.

In addition to press rumors, “His Royal Highness desires me to add that it is not very probable that he would be missing the nation that sought in every way imaginable to degrade and slander both himself and the Duchess of Windsor.”

The similarities to Harry and Meghan’s abrupt relocation to the United States are “easy to observe.”

Six months after his abdication in June 1937, they were composed between that month and December 1939.

The merchant, who wished to remain anonymous, stated: “These letters were rarely discussed, but my grandma passed away when I was five years old.

They provide a wealth of information about the Duke’s life in the 1930s, including his lodgings and honeymoon destinations.

“All things that we would learn today from television or social media.”

When the archive is sold at Catherine Southon Auctioneers of London, it is anticipated to bring in £500.

It’s amazing that these letters have just come to light, and it’s easy to see how they relate to today’s Royal Family, according to auctioneer Catherine Southon.

“People are still completely fascinated with them,” the Duke and Duchess of Sussex drama or the Queen’s passing last year,

Nine newspaper clippings relating to the Duke of Windsor from 1936 to 1941 will also be included with the letters.

On February 8, every letter will be available for purchase.