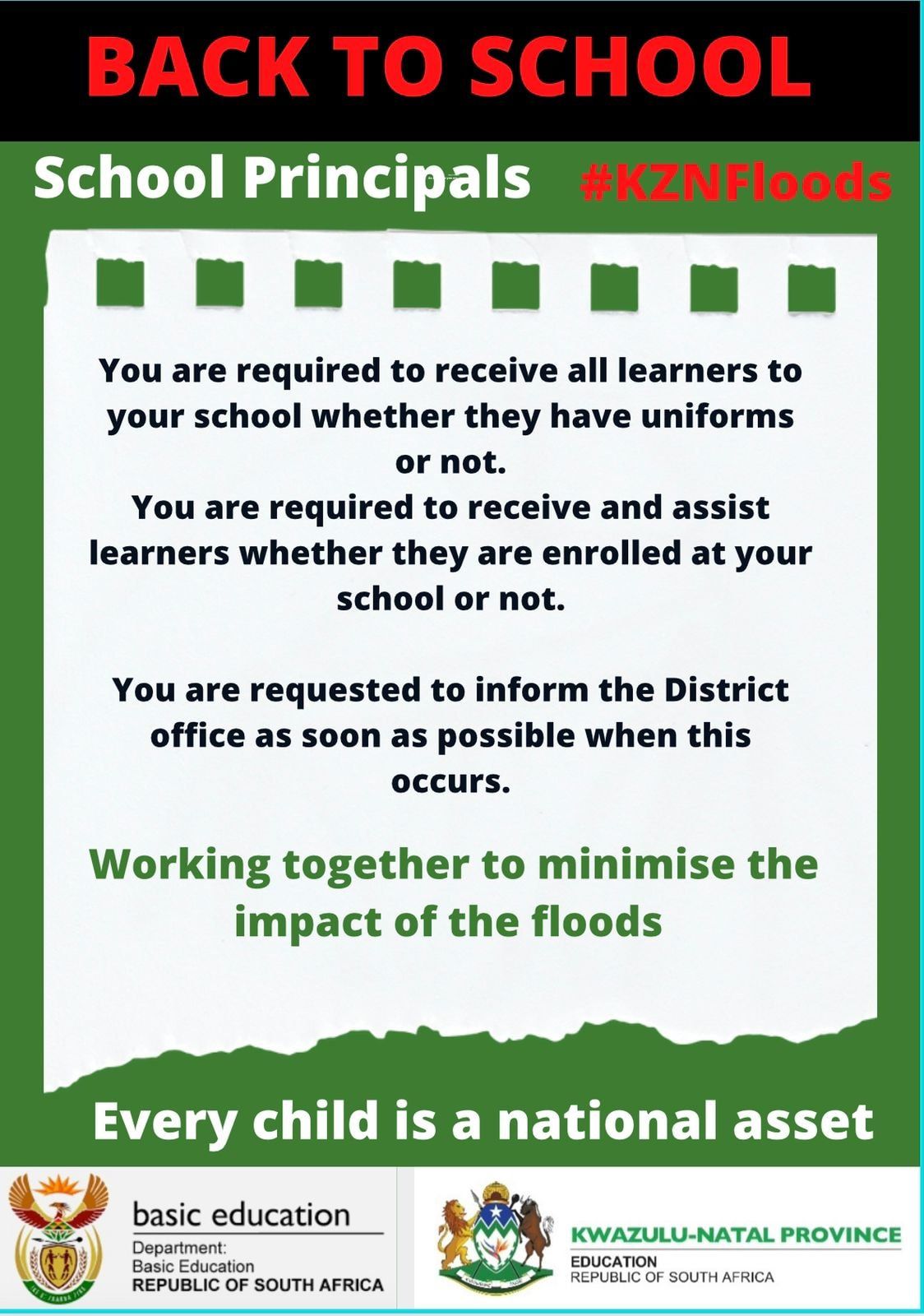 During the week, Basic Education Minister Angie Motshekga revealed that more than 100 schools faced extensive damage. She explained that the damaged facilities were inaccessible to students.

Other concerns faced are that students are without learning materials and uniforms. Many students lost their homes due to the torrential rains and flooding that plagued KwaZulu-Natal recently.

What did the public announcement say?

The public announcement aimed at principals was a basic outline of what is expected of them. The Municipality does not want learners to miss out on their education and has set rules in place for schools in KZN. Some of which are:

The Basic Education department does not want learners to miss out on schooling. While it may be a bit difficult to catch up on work at a different school, the aim is for learning to not be hindered by this horrific time.

Learners affected by KZN floods to be sent to neighbouring schools

While the extent of damages at their schools is assessed, students from severely impacted institutions can attend classes at neighbouring facilities. During her media briefing about the Basic Education Department’s response to the KZN floods Minister Angie Motshekga said over 100 schools are extensively damaged.

The Minister revealed that the aforementioned schools are inaccessible to learners. Motshekga visited a number of schools in Durban following the floods that caused damage and loss of life. The Minister shared that the has explored options for schools that have been severely impacted.

While remote learning could only be implemented for primary schools, the department was prompted to quickly start reopening schools. The Department has until Friday, 22 March, to confirm how many learners have been placed and which schools have reopened.