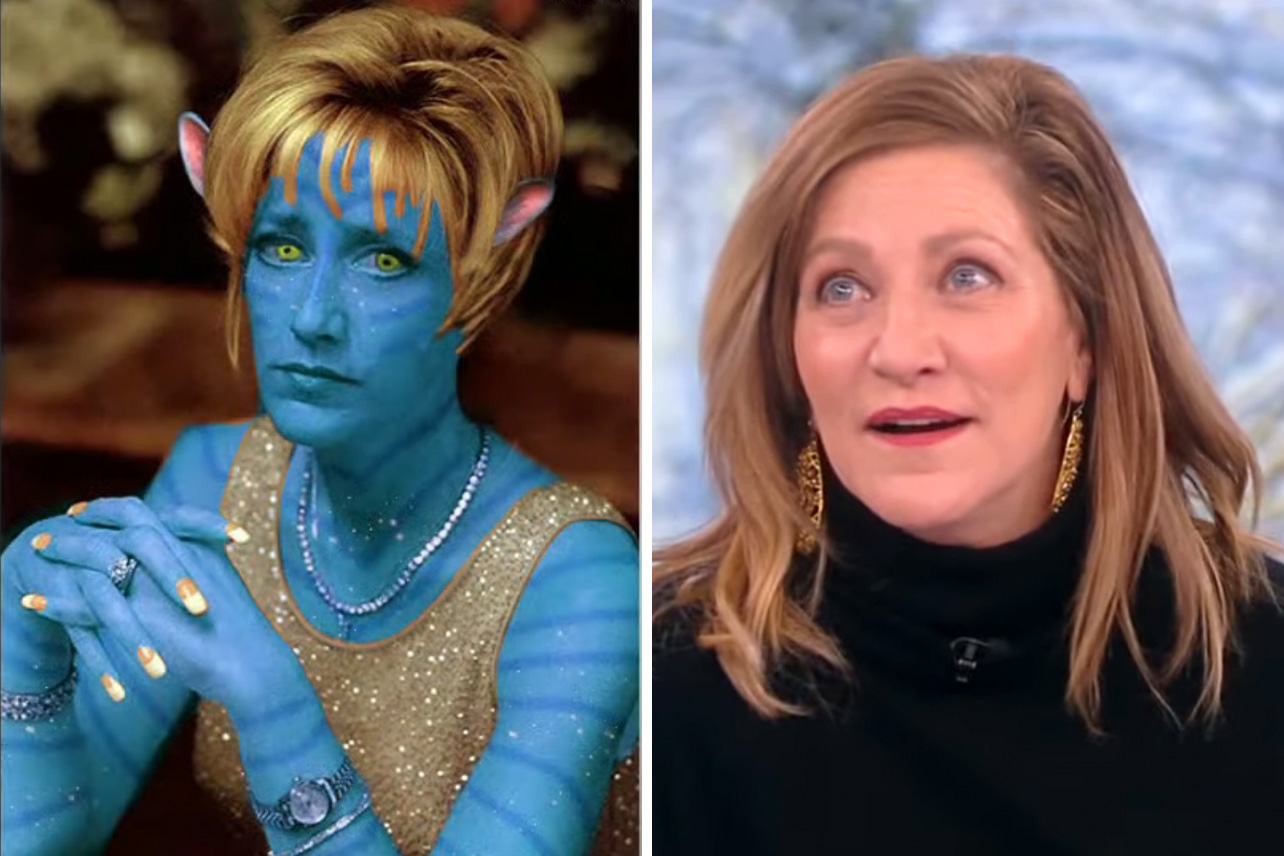 Edie Falco landed a starring role in one of the year’s most popular films, but she was initially less than enthusiastic about the opportunity. During her appearance on today’s episode of The View, Falco expressed her disappointment at not being hired as one of the towering, blue Na’vi in Avatar: The Way of Water. Instead, she was cast as General Frances Ardmore.

The central military mission in the Avatar sequel is led by Falco’s character, one of the few humans in the film and the film’s “villain.” During a conversation with Falco, co-host Sunny Hostin said, “I heard you were a little bummed when you originally learned who you would be playing.”

After nodding, the actress revealed with a shrug, “Well, I wanted to be blue,” adding, “I was excited. I intended to be blue and quite tall. I did not receive either of those items.

She said, in reference to her character’s Alien-like appearance, “But I did get that exoskeleton, which was quite fantastic.”

At the conclusion of the segment, The View gave Falco the finest holiday gift of all: the blue hairstyle she had always desired. Sara Haines said to Falco, “Before you leave, one last thing. We did not wish for you to depart unsatisfied. When you were cast, you expressed disappointment that you were not one of Avatar’s blue inhabitants. We wanted to offer you a taste of what some of your characters may experience.”

Falco clasped her hands, tossed her head back, and smiled as pictures of a blue Nurse Jackie from Nurse Jackie, Hillary Clinton from American Crime Story: Impeachment, and Carmela from The Sopranos came on-screen behind her and the co-hosts at the Hot Topics table.

“Are you feeling better?” Falco responded, “Not all that much, actually,” when Haines inquired.