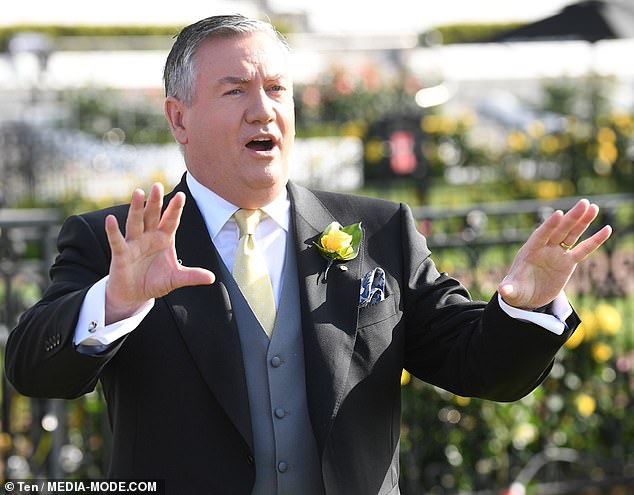 In the United Kingdom, where the race was broadcast at 4:00 a.m. local time, Sky Sports Racing aired Channel 10’s coverage without advertisements.

The Sky channel utilized a static card while Australian viewers watched s, where a dialogue between McGuire and Mills and journalist Tara Rushton was accidentally shown.

The three individuals disregarded the golden rule that broadcasters should always assume the microphone is on.

Rushton and Mills exchanged greetings in an area where they plainly believed they were not being broadcast live.

McGuire then complimented himself and the station’s coverage of the day by stating, “We’re on fire.” Excellent beginning segments.

Mills concurred, stating that it was a “wonderful day,” before pointing out the window from their broadcasting position.

Mills stated to Maguire, “Clouds are approaching, how long do you give it (before it rains)?”

“What can you sense in your waters?” adds Rushton.

After then, the dialogue becomes vulgar.

If Millsy continues to stand, the sun will shine. We understand where the sun comes from.

Mills and Rushton smile and thank McGuire for his remark, knowing the joke but unaware that it will be broadcast live.

Mills answered, “Thank you very much, I appreciate that.”

The trio then begins discussing Melbourne Cup tips before the static image reappears and their dialogue fades out.