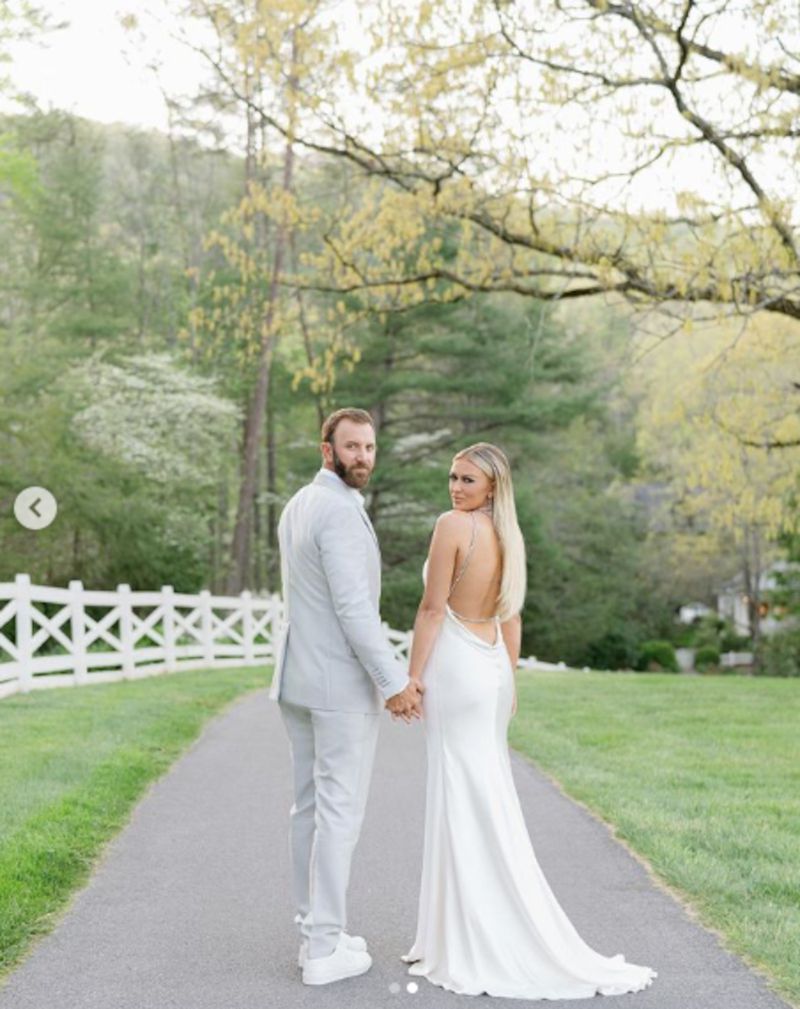 Gretzky released photos of the newlyweds on social media on Monday.

Dustin Johnson, a 24-time PGA Tour winner, including the 2020 Masters and 2016 US Open, and Gretzky, a model, were introduced by her mother, actress Janet Gretzky.

It’s been a solid season for former world No 1 Johnson, now ranked 10th, who last year failed to win for the first time since he came out on tour in 2008.

Dustin Johnson will be part of the next Presidents Cup team

Johnson, the 2020 FedExCup champion, has played on five Ryder Cup teams and four Presidents Cup teams and is expected to be one of the leaders on the USA squad that will take on Trevor Immelman’s International Team at Quail Hollow in September