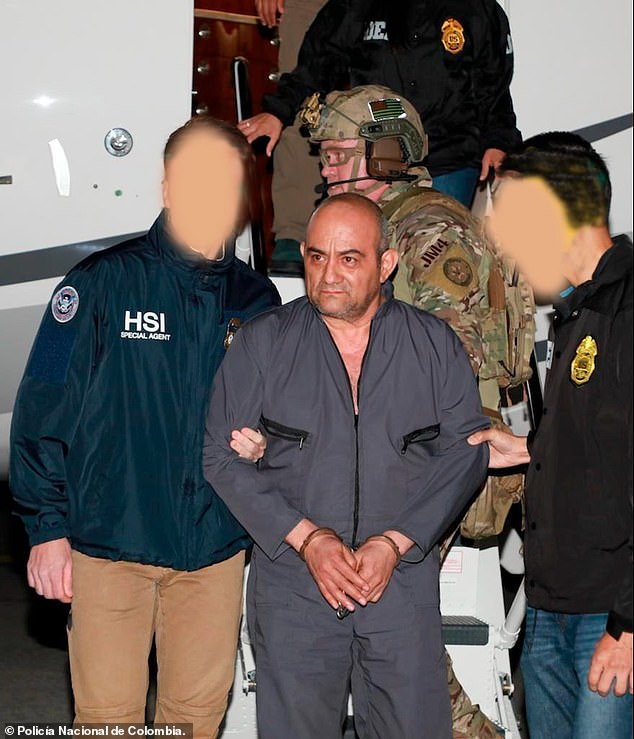 As part of the Gulf Clan’s reprisal to the extradition of cartel head Dairo Antonio ‘Otoniel’ suga to the United States this week, one off-duty cop was robbed and killed, and other vehicles were set on fire in the last 24 hours.

According to TeleMedelln television, police officer Edison Acevedo, who was assigned to the police department in the town of Caracol in the department of Antioquia, was attacked on a road on his way home Friday morning after completing his patrol tour.

According to the network, officers at the stationhouse advised Acevedo to stay put and not travel alone because of the dangers that remained in the area following the Gulf Clan’s announcement of a four-day “national strike” aimed at destabilizing Antioquia as well as the departments of Bolivar, Sucre, and Córdoba.

A security camera filmed one of the cartel’s retaliatory strikes on Friday, when a male figure riding on the back of a motorcycle opened fire on a gathering of civilians in the middle of a street in the northern department of Córdoba, killing a young guy.

The cartel has been using social media applications to recruit unemployed young men to carry out some of the recorded acts of vandalism, such as torching trucks, buses, and cars.

According to Army general Juvenal Daz, at least 19 of them had been apprehended by Thursday.