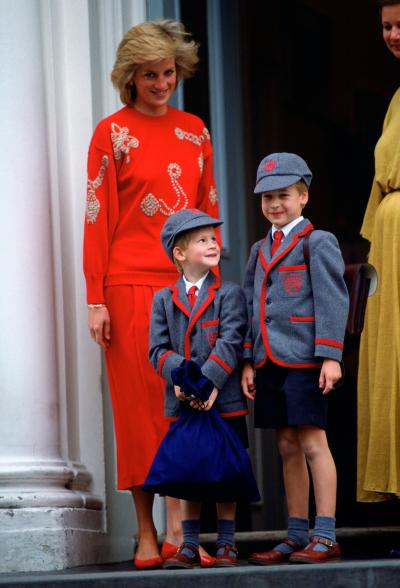 In a new tape from his upcoming ITV interview with Tom Bradby, the Duke of Sussex discussed the 2019 event for the first time since he described it in his biography “Spare.”

In the chat, which is scheduled to appear on Sunday, the 38-year-old asserts that William, 40, “wanted [Harry] to hit… back” after allegedly beating him.

“I decided against it,” Harry said in a Friday preview. “What was different about this situation was the level of frustration, and I mention the red mist that I had for so many years, and I saw this red mist in him.”

Wednesday, passages from the former military pilot’s book were released, including an alleged physical altercation with William.

Harry recalls landing on a dog bowl that broke beneath his back after he had fallen over it. He claimed to have sustained a noticeable injury.

Buckingham Palace informed Page Six that it would not comment on any of the charges contained in his book.

Harry informed Bradby, however, that he eventually desires “reconciliation” with his family members.

“First, there must be accountability,” remarked the duke. “The current fact, presumably, is that there is only one side of the story, right? There are, however, two sides to every story.

When asked in a Thursday preview if he plans to attend his father’s coronation in May, Harry declined to commit to his attendance.

He explained, “They have possession of the ball.” There is plenty to discuss, and I sincerely hope that they are willing to sit down and do so.”

One year after arriving to the United States, Harry and Meghan retired from their royal positions in 2021. They reside in California with their 3-year-old son Archie and 1-year-old daughter Lilibet.

The book “Spare” is released in the United States on January 10.