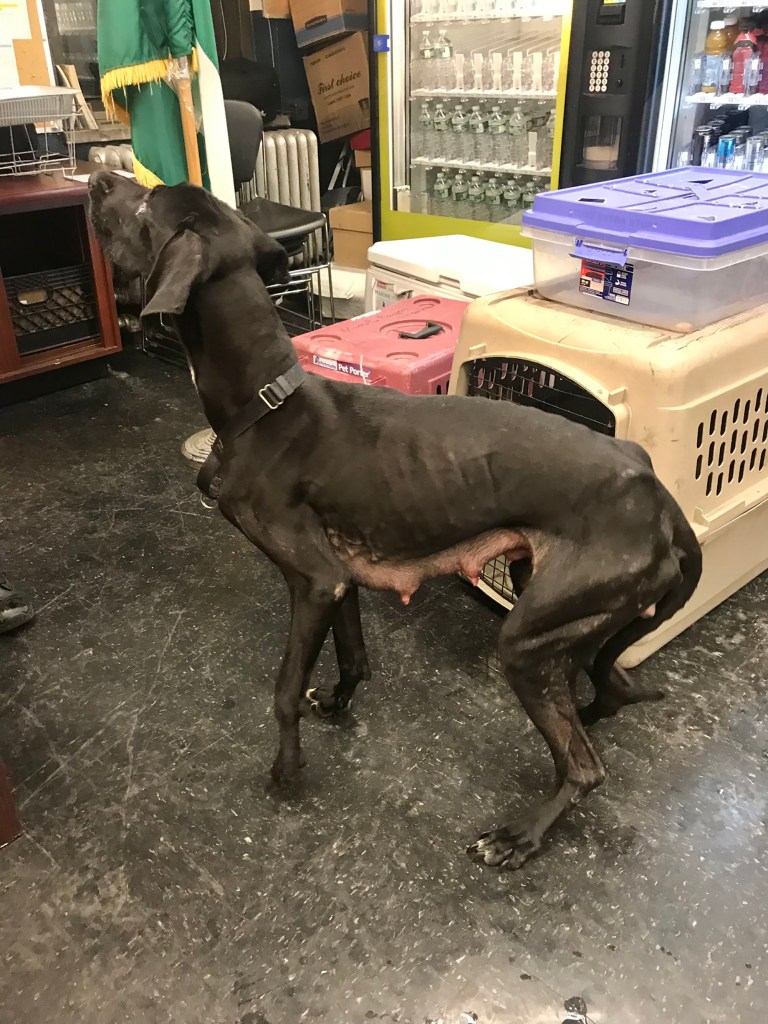 Sunday, police said that seven mistreated Great Dane puppies and their “emaciated” mother were rescued in Queens when NYPD officers stopped a Philadelphia vehicle for a noise violation.

The NYPD’s 104 Precinct tweeted, “Last night, your 104 NCOs rescued this starving mother and her seven puppies after locating them during a traffic check on Woodhaven Boulevard.”

“The owner was charged with many counts of animal cruelty. Mom and pups are presently in the care of a veterinarian.”

The cops stopped Ravon Service, 27, at 2:00 p.m. on Woodhaven Boulevard due to his vehicle’s loud exhaust system, according to police.

An NYPD representative stated, “Upon stopping the vehicle, police saw a malnourished dog and six puppies in a container with no access to food, water, or proper room.”

Images depict canines crowded into a tiny plastic container with the mother’s ribs protruding from her side.

The mother was so emaciated that her ribs were protruding.