Skip to content
Go Home «» News «» World News «» Due to the “immense damage” of Brexit, Sadiq Khan will restate his call for the UK to return to the EU single market 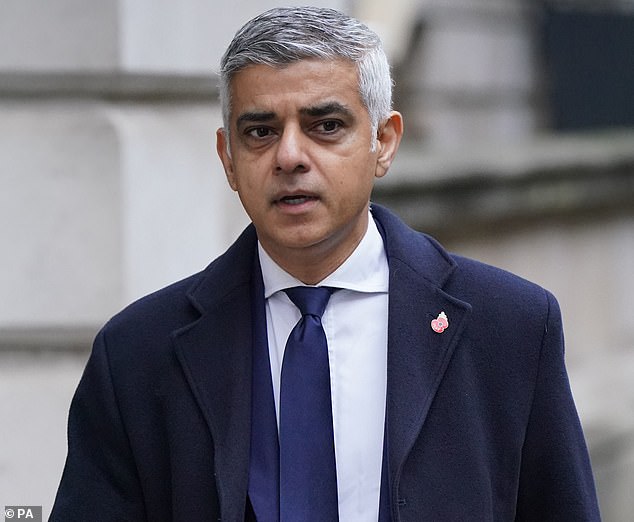 Sadiq Khan, the mayor of London, will reaffirm his call for the United Kingdom to enter the EU’s single market as part of a renewed Remainer drive.

In a speech today at the Mansion House in the capital, Mr. Khan will assert that Brexit is bringing “immense damage” to the United Kingdom and will criticize the “selective amnesia” of those who do not agree.

Since the end of the Brexit transition phase in January 2021, the mayor will accuse government ministers of two years of “denial and avoidance.”

He would also advocate for “greater alignment” with Brussels, including re-entry into the EU’s customs union and single market, which would restore free movement inside the bloc.

The new statement by Mr. Khan regarding Brexit will be interpreted as a jab at Labour leader Sir Keir Starmer.

Sir Keir, who was a prominent proponent of a second EU referendum in the past, has recently adopted a more harsh attitude and stated there is “no case for returning to the EU or the single market.”

The leader of the Labour Party has also pledged to “make Brexit work” if he is elected prime minister in the next general election, and he has called the present UK-EU trade agreement as “not very good.”

However, top Tories asserted that Mr. Khan’s remarks demonstrated that Labour, particularly Sir Keir, could not be trusted with regard to Brexit.

Sadiq Khan will assert that Brexit is causing “enormous damage” to the United Kingdom and will criticize the “selective amnesia” of people who do not agree.

The new Brexit statement by the mayor of London will be interpreted as a jab at Labour leader Sir Keir Starmer.

David Jones, a prominent Tory Brexiteer, told MailOnline that Mr. Khan’s proposal for “greater alignment” was a “euphemism for rejoining” the EU.

As mayor of London, Mr. Khan has frequently attempted to craft his own Brexit policy and made his own trips to Brussels during trade deal negotiations in an attempt to influence EU officials.

In a Thursday speech at London’s Mansion House Government dinner, he will advocate for the capital’s ability to define its own immigration rules.

Mr. Khan is anticipated to say, “Nearly seven out of ten firms in our city are currently experiencing at least one skills shortage.

‘Devolving powers to London and allowing us to construct a regional shortage occupation list would be one way to provide businesses with the ability to attract and retain talent in places where it is most needed.’

Regarding the United Kingdom’s relationship with the European Union, the mayor will say, ‘I cannot remain silent about the great damage Brexit is causing.

The ministers appear to have selective amnesia regarding one of the core causes of our issues.

Brexit cannot be erased from history, nor can its repercussions be wished away.

Mr. Khan will continue: “After two years of denial and avoidance, we must now face the harsh reality: Brexit is not working.”

It has undermined our economy, split our union, and degraded our standing in the world. But, critically, not irreparable.

“We require greater alignment with our European neighbors – a shift from the current extreme, hard Brexit to a version that serves our economy and people.”

This includes a pragmatic discussion of the advantages of being a member of the customs union and the single market.

The mayor will concede that “no one wants to see a return to the discord and stalemate” of the past several years.

However, he will argue that the perceived negative impact of Brexit comes “at a time when we can least afford it” and hence must be addressed.

David Jones, a prominent Brexiteer from the Conservative Party, told MailOnline that Mr. Khan’s proposal for “greater alignment” was a “euphemism for rejoining the EU.”

He desires to restore the United Kingdom to the control of the European Union and to forfeit our hard-won sovereignty.

Despite his protestations, I have no doubt that Keir Starmer desires the same thing.

»Due to the “immense damage” of Brexit, Sadiq Khan will restate his call for the UK to return to the EU single market«