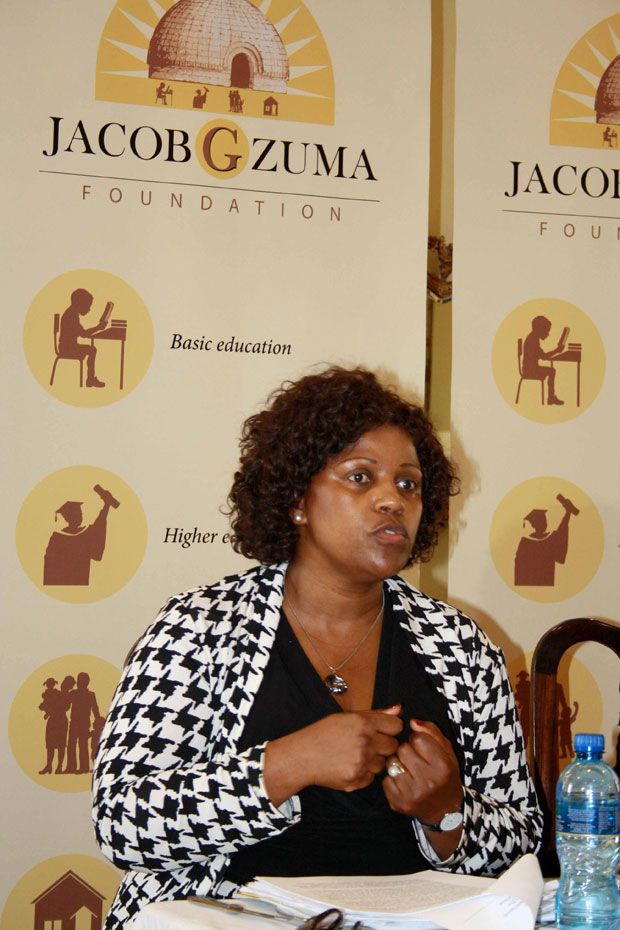 The purpose of Myeni’s court appearance is for her to answer for criminal charges with regard to her conduct at the State Capture Commission of Inquiry. The charges come from her ‘blunder’ on the stand.

Although she was given a warning from Chairperson of the Commission Chief Justice Raymond Zondo to not reveal the identity, Myeni repeated it. Over a year later, Myeni was summoned to appear in court in March this year.

Why was her March appearance in court postponed?

During her first court appearance, albeit brief, the case was postponed to 4 May. The reasoning behind this, among others, was that the State needed to consider certain repr4esentations made by Myeni.

According to EWN, the representations are believed to represent a bid, on the part of Myeni, to attempt to convince the State to reassess her prosecution.

Former SAA Executive Dudu Myeni made a spectacle of herself at the Jacob Zuma grift trial on Monday. Proceedings got off to a shaky start when the ‘delinquent director‘ tried to slap a camera out of a photographer’s hand. She was also seen ‘manhandling’ the journalist.

Dudu Myeni had attended the trial to give her support to the man who kept her in a position of power for his own benefit. The corruption-accused did such a sterling job of running our state airline into the ground, she was barred from serving as a director ‘for a minimum of three years, subject to an appeal’ in July 2020.

However, it seems she hasn’t spent any of that time working on her own behaviour. Myeni, who also brought the State Capture Inquiry into disrepute by failing to answer Raymond Zondo’s questions last year, took exception to the positioning of one photojournalist inside the Pietermaritzburg High Court this morning.