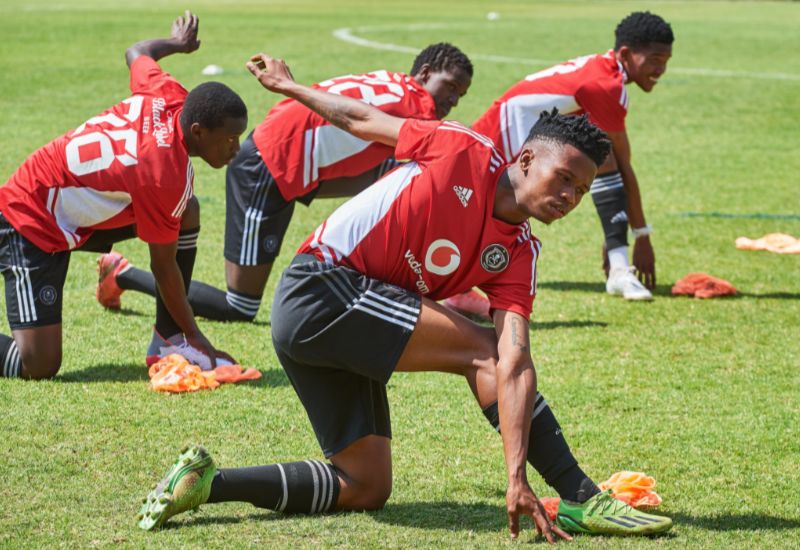 Saturday morning at Princess Magogo Stadium, Orlando Pirates prepare for their DStv Diski Challenge match against Golden Arrows in an effort to conclude the season strongly.

With two match days remaining before the competition takes a break, the 16 competing clubs have everything to play for, and the Bucs Reserves are among those hoping to bridge the gap between themselves and the early-season leaders.

Young players coached by Joseph Makhanya have won all six available points in their last two matches, indicating that they may be beginning to gain momentum. The most recent match was the more convincing of the two, as they scored four consecutive goals before losing a late penalty to defeat Marumo Gallants, 4-1.

This has resulted in a four-game unbeaten streak, and the eight points won during this time have helped them consolidate their position in the top half of the table, where they are currently in fifth place, five points from the top.

On Sunday, despite the Buccaneers’ best victory of the season, the two-time defending champions held current table leaders Cape Town City to a 2-2 tie, denying them another three points.

This also meant that the Arrows Reserves were unable to claim maximum points for the second consecutive week. As a result, they are currently outside the top eight in ninth place after earning seven points in their past five matches.

Boitumelo Radiopane scored both goals for the Soweto Giants in the previous match between the Bucs Reserves and the young Abafana Besthende, which ended in a dramatic 2-2 draw.

This outcome marked the end of Pirates’ brief supremacy in this matchup, as they had won each of the previous two encounters by a three-goal margin.

The game begins at 11:00 and will not be broadcast. You can follow the action by monitoring the Orlando Pirates’ social media sites for live updates.

The entrance is free at the stadium.